Home » NEWS » JUNIE BUG IS SPREADING HER WINGS AS AN EXPLORER

JUNIE BUG IS SPREADING HER WINGS AS AN EXPLORER 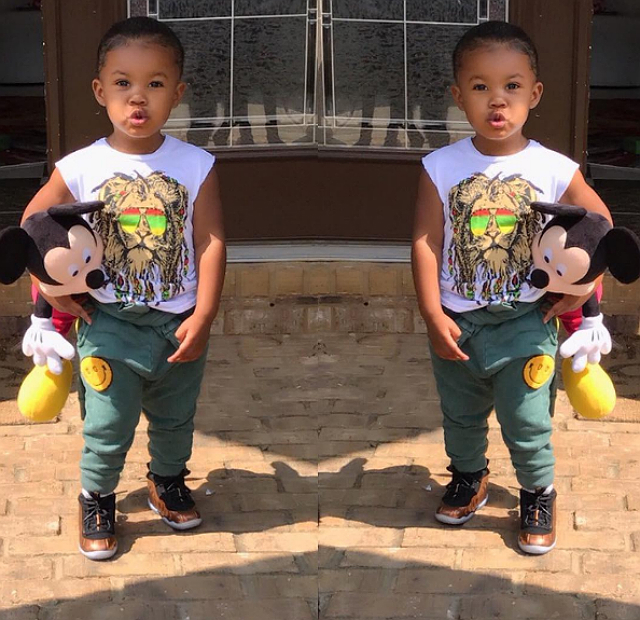 Baby Junie is double trouble! Teyana Taylor recently uploaded pictures of her and husband Iman Shumpert’s little one that showed her exploring new things while making the adults around her a bit nervous.

The series of candids shared on little Iman Tayla’s Instagram page were especially funny as they captured the facial expressions of a woman known to Junie as GeeGee. The woman appears immersed in conversation in the first shot. The second picture, however, shows GeeGee fully attentive to what baby Junie is doing and showing a look of anxiety with her eyes widened. “Moments with me and my GeeGee,” the photo series’ caption reads.

Iman and Teyana Shumpert are in full celebration mode as this week marks their first wedding anniversary. “A year ago today we became ONE, in our biker jacket exactly where our child was born,” Teyana wrote on Sunday. “I said ‘I Do’ and I meant every bit of it from the bottom of my heart. I will forever love you baby, Happy Anniversary my husband, my lover, my best friend and my rock.”

Iman also wrote a beautiful note in honor of his and Teyana’s anniversary. “We did it our way and on our time,” the NBA star shared. “Something to live for, something to fight for and something I’d die for. This union with you has made me unbreakable, there is no giving up! Thank you for helping my troubled heart to trust in love. Happy anniversary Mrs. Shumpert! Here’s to many more. I love you always.”

We did it our way and on our time. Something to live for, something to fight for and something I'd die for. This union with you has made me unbreakable, there is no giving up! Thank you for helping my troubled heart to trust in love. Happy anniversary Mrs Shumpert! Here's to many more, I love you always ?

Teyana Taylor and Iman Shumpert tied the matrimonial knot on October 1, 2016. The couple wed nearly one year after welcoming their daughter, Iman Tayla, who made her surprise entry in the bathroom of the family home on December 16, 2015.