Home » NEWS » BOOSIE GIFTS HIS SON 5K, A DIAMOND CHAIN AND ROLEX FOR HIS 13TH BIRTHDAY 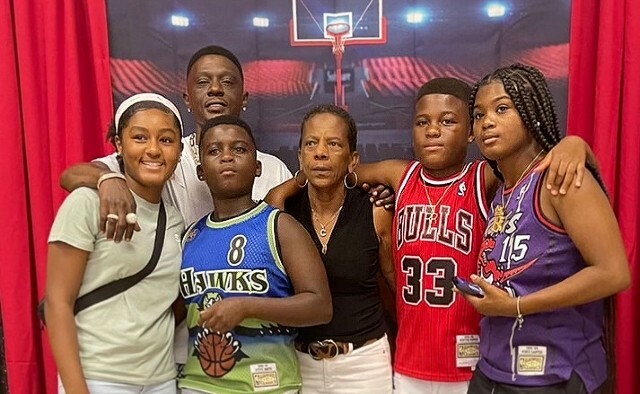 Boosie gifted his son a diamond chain along with $5,000 in cash for his thirteenth birthday. The celebrity father, who also gave his teen a Rolex, gave his “mini-me” a beautiful birthday message.

Some find Boosie to be a controversial artist because of his comments. The celebrity father unapologetically shares his opinions and often refuses to recant his statements.

Some remember what Boosie recently said about Dwyane Wade’s daughter, Zaya Wade, during an interview with Mike Tyson. The rapper expressed his belief that children are not capable of making life decisions revolving around transgender. Mike Tyson openly opposed Boosie’s perspective and advised the rapper to refrain from criticizing another person’s parenting tactics.

Despite the scrutiny, Boosie has remained firm on his beliefs. The rapper opened up about fathering during the quarantine in an interview with The Breakfast Club.

“My kids are straight,” Boosie declared. “They’re blessed. They said it the other day. They said, ‘Dad, some people ain’t got nothing to do [during this quarantine]. We’ve still got everything,” the celebrity father said.

Boosie also commented on his philosophy about discipline, which heavily leans on traditional views of sparing the rod and spoiling the child. “When my kids get a whipping they remember it for five years,” Boosie shared with The Breakfast Club. “I’m old school,” the celebrity father continued. “My kids get disciplined.”

Boosie is the proud father of eight kids. The celebrity father chooses not to marry despite having children with six different women. Boosie has, however, alluded to the notion of having the same amount of kids with fewer baby mamas.