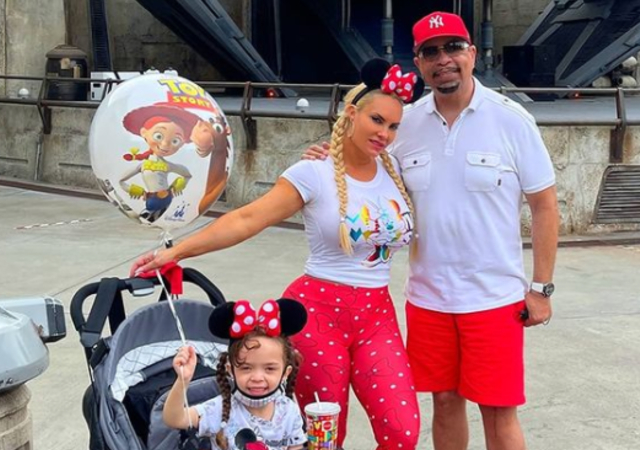 Ice-T is in full defense mode after his wife, Coco Austin, revealed she still breastfeeds their daughter, Chanel Nicole, who is 5-years-old. The legendary recording artist and actor took to Twitter to fight with trolls who deemed it necessary to scrutinize Coco’s parenting after her admission.

“News Flash! I’m still Breastfeeding,” Ice-T exclaimed in a tweet. “Every chance I can,” the celebrity added. Ice-T reiterated his support for Coco Austin in another tweet in which he said, “News Flash! We feed Chanel FOOD … She just likes to suck mom’s boob every now and then … Me Too!”

News Flash! I’m still Breastfeeding! Every chance I can….💎

Why the F are you worried about MY Child??? That’s what’s weird.. Now go back in the basement. https://t.co/wqc1xfSHLw

Coco Austin revealed her daughter’s love for breastfeeding during a recent interview with Us Weekly. “Chanel still likes my boobs,” Coco told the media source. “It’s a big bonding moment for a mother and your child,” the celebrity added.

News Flash! We feed Chanel FOOD… She just likes to suck moms boob every now and then… Me Too!!! pic.twitter.com/TWdHu9ApnE

“Believe me, the girl loves meat so it’s not like she isn’t eating real food,” Coco Austin shared with her fans. “Thank you to all that understand my view,” the celebrity mom continued. “I see most of you are so eager to side with me and I too root for you in your journey as well. Us moms are connected.”

Chanel Nicole is Coco Austin and Ice-T’s only child together. She celebrates her sixth birthday in November.