"Why Take That Away From Her?" 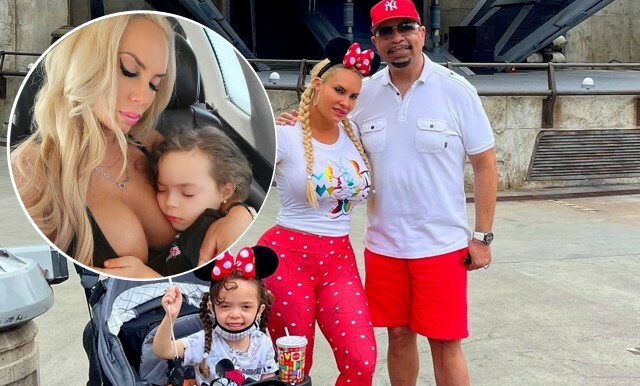 Coco Austin is still breastfeeding her daughter, Chanel Nicole, who is 5-years-old. The celebrity mom defended her reasoning during a recent interview with Us Weekly.

“Chanel still likes my boobs,” Coco revealed. “It’s a big bonding moment for a mother and your child,” the celebrity mom added.

Many scrutinized Coco Austin after learning she was still nursing her daughter two years ago. Chanel Nicole was 3-years-old at the time and many accused Coco and her husband, Ice-T, of not giving their daughter enough nutrition. Both Ice-T and Coco clarified that breast milk was not Chanel’s only source of food.

“I’m so blessed to have this unbelievable experience in this thing called nursing,” Coco told her supporters and critics. “It’s more of a comfort thing now,” the celebrity mom added. “Naptime and night time are our time.”

Austin went on to tell the press, “Believe me, the girl loves meat so it’s not like she isn’t eating real food. Thank you to all that understand my view. I see most of you are so eager to side with me and I too root for you in your journey as well. Us moms are connected.”

Ice-T agreed with his wife by telling critics that Chanel Nicole likes “cheeseburgers” in addition to her mom’s nursing milk during a separate interview. He also told the press that Chanel enjoys nursing time more as comfort and not as much as a time to eat. “Why take that away from her,” Coco Austin asked during her recent interview with Us Weekly. “If she doesn’t want it, all right, that’s where you stop it,” the celebrity mom explained. “But I’m not just going to say no,” Coco declared.

Chanel Nicole is Coco Austin and Ice-T’s only child together. She celebrates her sixth birthday in November. Ice-T has three kids – Chanel Nicole, Tracy Jr., and Letesha – in all.