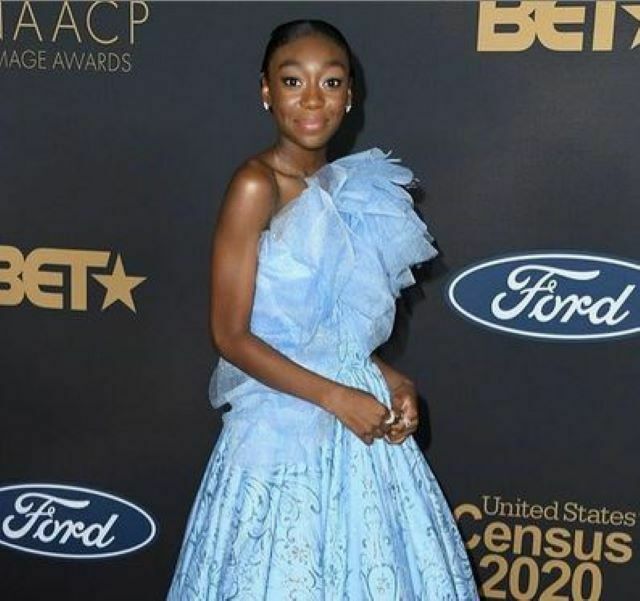 Shahidi Wright Joseph is set to return to the big screen. The teenager is to star in the a musical dance dramedy with Tiffany Haddish entitled, Throw It Back.

According to Deadline, Throw It Back follows Wytrell, a high school senior who has never stood out from the crowd. After a controversial superstar Miami rapper decides to feature the renowned dance team from her high school in his latest music video, it throws the school into chaos, and Wytrell battles for a spot on the squad and her final chance to be in the spotlight. The film is a dance-filled musical dramedy set to a soundtrack of southern hip hop and HBCU collegiate band rhythms.

Also according to the popular news outlet, Shadae Lamar Smith, who previously served as the resident music video director for Will.i.am, will direct, this upcoming project. Throw It Back will mark his feature directorial debut. The screenplay for the film was written by Smith and 2021 Film Independent Screenwriting Fellow Rochée Jeffrey (Woke).

Joseph began her ascent in the industry when she voiced young Nala in The Lion King reboot. Then, the talented young actress went on to star in the horror film, US, later on appearing in the Amazon Prime series, Them.

Back in April of this year, the teen sat down and talked about her most recent project with Collider.com. Here is a snippet of what she had to say about the horror anthology.

Shahadi Wright Joseph: Most definitely. I would say that it was not necessarily easier. They were two different experiences, just because of the two different time periods. I feel like it was easier to have a dynamic as a family during Us because it was closer to who we are as people today and we could relate to the characters more. With Them, you have to yourself from the character and become this totally other person to really have an accurate representation of what that experience was like in the ‘50s. So, yeah, I would say that they were very, very different.

When this project initially came your way, what was the pitch for it? Before you got to actually even read any of it, what were you told about what this would be?

Joseph: All I was told about the project was that it was gonna be a horror anthology series that takes place in the Jim Crow era. I immediately had some initial thoughts about what it would be like, and I was so drawn to it and attracted to it, as soon as I heard about it. I was very, very excited to start working on it and to have the opportunity to work on this with Little Marvin and Lena Waite and the rest of my Emory family. It was just fantastic. This show requires a lot from its younger cast.

When did you realize just what you were getting yourself into? Was there a moment when you wondered whether you could do it?

Joseph: That moment was probably after I had read the first three episodes. I remember finishing those and I was blown away. I was excited to start working on it, but I had a moment where I was like, “This is going to take some hard work. This is going to really take a lot out of me.” I had the time to prepare myself, but it wasn’t too bad of a gap, between first booking the role and actually shooting. I really did try my best to make sure that the character was still lovable and sensitive and accurate to the Black teenage girl experience.

Joseph: I feel like I grew a tremendous amount, just from doing this project. It almost feels like an immersive history lesson, going back in time to this time period that I, of course, know nothing about because I was born in 2005. You really have to take a second to transfer yourself into that time period, and that can be difficult for an actor. I really tried my hardest with all of the challenges, that the script was giving us and that the story was giving us. I got a lot of help from my Emory family. We worked together to get us through that whole process.

If by some chance you have yet to see both US and Them, make sure to catch up before Joseph hits the big screen again. It sounds like this upcoming new project is one that we definitely don’t want to miss!