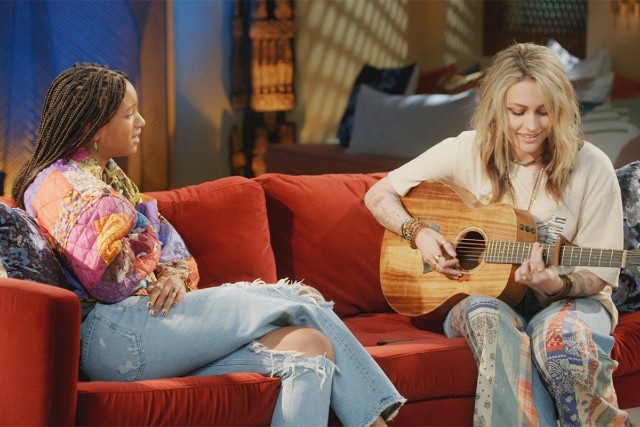 Willow Smith and Paris Jackson took a seat on the red couch for the most recent episode of Red Table Talk. The young adults had quite the reunion that ended with a new song collaboration in the studio.

Paris got candid about her suicide attempt a few years ago, which rocked the entertainment sector. “A lot of people do feel regret when they try and attempt suicide,” Jackson shared with Willow Smith. “There have been times where I did and times where I didn’t, where I was upset that it didn’t work,” the celebrity added. “But I can say, several years later, that I’m really grateful that it didn’t. Things have gotten better.”

Michael Jackson died at his home in Holmby Hills on June 25, 2009. He was 50-years-old at the time of his passing. Paris had words at her father’s memorial where she received support from her aunts, uncles, and grandparents. It would take years for Paris to come out to her family as a member of the LGBTQ+ community, which initially created a bit of friction.

“I’m still kind of figuring it out,” Paris told Willow regarding her sexual identity. “But I’ve gotten to a point where I respect them, and I have love for them,” the young adult shared. “I respect their beliefs,” Paris said of her family. “I respect their religion.”

Paris jokingly told Willow that she could help with backup vocals if she ever needed the assistance. Smith appeared to take the humor seriously and asked Jackson, “What are you doing after this? Should we just go to the studio?”

Paris Jackson, daughter of the legendary Michael Jackson, opens up in a rare in-depth conversation with longtime friend Willow about their shared struggles with mental health, sexuality, betrayal and self-harm. Plus, Paris gives an exclusive performance of her brand new song “Freckles.”

Is a music collaboration between Willow Smith and Paris Jackson on the horizon? Maybe so. Tune in every week for Red Table Talk on Facebook.