Home » NEWS » NO SHADE HERE! GABRIELLE UNION AND DAUGHTER, KAAVIA, ARE ALL SMILES IN NEW PHOTOS

NO SHADE HERE! GABRIELLE UNION AND DAUGHTER, KAAVIA, ARE ALL SMILES IN NEW PHOTOS 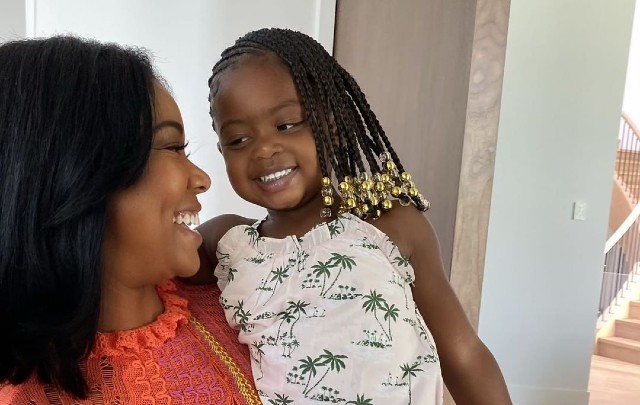 Gabrielle Union and her daughter, Kaavia James, were all smiles in new pictures shared on Instagram. Kaavia especially impressed her mom’s social media fans as some people are convinced the little one does not smile because of her nickname, Shady Baby.

All of the candids Gabrielle uploaded featured Kaav in a joyous mood. The youngster held onto her mom while giving the camera adequate attention as well. “She arrived and brought the sunshine,” Union told her social media fans. More than 600,000 Instagram followers loved the vibes Gabrielle and her daughter brought to the platform with their latest pictures.

Kaavia James continues to add to her celebrity with promo engagements for her parents’ new children’s book, Shady Baby. The youngster sat for several reading sessions at home earlier this week. Kaavia appeared excited as her mom and dad read snippets of the new book.

It was during a recent interview with E! News’ Daily Pop that Gabrielle Union and Dwyane Wade revealed their belief about Kaavia’s hilarious looks being her superpower.

“It was very clear when she came into the world, and we all thought it was a little weird, having a baby so young to be able to get facial expressions and using their eyes,” Dwyane Wade said during the interview. “But then we realized where it came from: It was a reaction to other people,” the celebrity father said.

Gabrielle Union also commented on her daughter’s nickname. “Shade is just acknowledging something bad is happening or something not so great is happening,” the actress shared with Daily Pop. “When a little Black girl can help lead those corrections and use her voice, let’s do that,” Union shared.

You can learn more about the life and times of Kaavia James when you pick up a copy of Gabrielle Union and Dwyane Wade’s new children’s book, Shady Baby, today. Get more information about the book here!