"When Kaavia Gives You A Look" 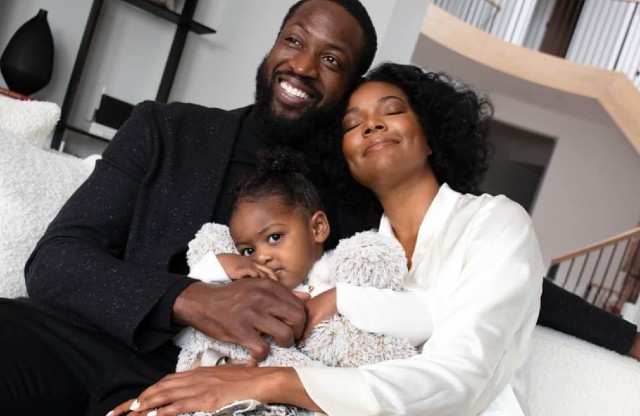 Shady Baby is more than a nickname for Kaavia James. The little one’s parents, Gabrielle Union and Dwyane Wade, tell PEOPLE magazine how their toddler uses her hilarious glares to express herself.

“Shade is her superpower,” Gabrielle says of her daughter’s facial expressions. “When Kaavia gives you a look, it’s either you’re not respecting her boundaries or something is happening that she doesn’t like,” the actress reveals.”

“People see themselves in Kaav,” Dwyane Wade tells PEOPLE. “Some days you don’t feel like doing your hair. And some days you want to give people shade,” the celebrity father shares.

The life and times of Kaavia James will soon be available in the form of a children’s book called Shady Baby. The overall subject matter will revolve around independence and confidence in a society that sometimes celebrates devaluing the next person more than empowering individuals to thrive.

“We’re raising Black kids and every day in the world, they show us what we’re thought of,” Dwyane tells PEOPLE. “You realize you can’t protect them from everything,” the former NBA player admits. “The only thing you can do is make sure they go out into the world with all the tools they need.”

Kaavia James is Gabrielle Union and Dwyane Wade’s only child together. The celebrity couple parents four kids in all. You can learn more about Shady Baby here. The children’s book comes to bookstores on May 18, 2021.

Read Dwyane Wade and Gabrielle Union’s full interview with PEOPLE when you pick up a copy of the magazine’s latest issue available on newsstands nationwide!