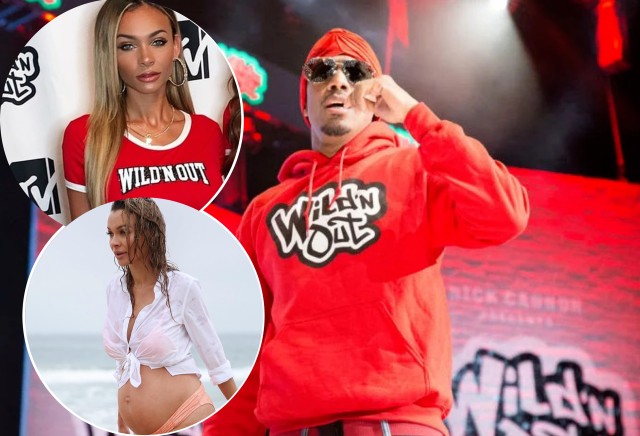 Is Nick Cannon expecting his seventh child with a former Wild ‘n Out model? Maybe so! A woman by the name of Alyssa Scott took to Instagram on Thursday (May 20) to give fans the name she has chosen for her unborn child.

“Zen S. Cannon,” the model told her social media followers. Those who saw the post automatically put two and two together and asked if Alyssa is expecting with Cannon.  The mom-to-be simply responded to the question with a heart eyes emoji.

Nick Cannon has yet to confirm his expectancy of a child with Alyssa. It was just a few weeks ago that the Wild ‘n Out host confirmed his expectancy of twin sons with Abby De La Rosa. Nick participated in a maternity shoot, which served as the big reveal of him being the father of Abby’s sons.

“[I pray] that God bless you and your brother and guide you into living out your full purpose,” Abby wrote to her sons while also sharing pictures from her and Nick’s photoshoot online. “Your Dad and I will always be here for you both; in complete unison and support,” De La Rose added. “No matter what this world may throw your way, know that forgiveness is key and what is for you – is for YOU! You both are already so loved and we can’t wait to meet you both.”

Nick Cannon and Abby De La Rosa’s maternity shoot confirming their expectancy came weeks after the general public speculated Nick as the father of Abby’s unborn kids. Nick and Abby are expecting their children to arrive in the coming weeks. The celebrity father also has two kids, Golden and Powerful, with beauty queen Brittany Bell. Nick Cannon and Mariah Carey have two kids, Monroe and Moroccan, as well.

BCK Asks: Do you think Nick Cannon is expecting his seventh child with Wild ‘n Out model Alyssa?

NO SHADE HERE! GABRIELLE UNION AND DAUGHTER, KAAVIA, ARE ALL SMILES IN NEW PHOTOS