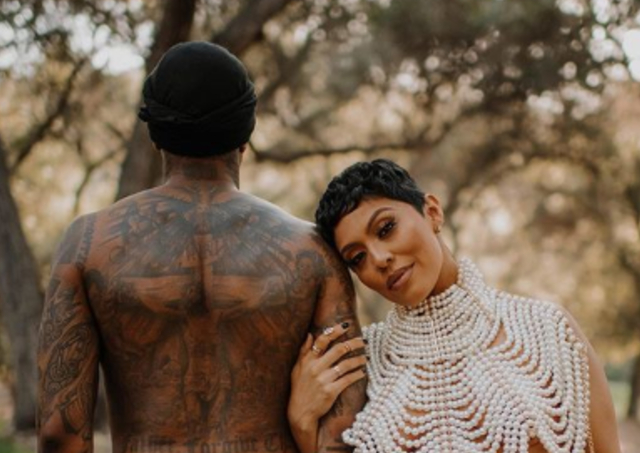 Nick Cannon is officially going to be a father of six! Abby De La Rosa confirmed Nick as her twins’ father on Sunday (Apr. 11).

Abby shared pictures from her latest maternity shoot that featured her with Nick. The expectant DJ also wrote a beautiful message to her sons.

“Our dearest sons – my miracle babies,” Abby wrote to her unborn children. “Thank you for choosing me to be your Mommy. I know the Lord has destined me and prepared me for the gift of not one but two little angels. I pray that God gives you both the strength to walk brave and boldly in your individual truth just like your Daddy.”

“[I pray] that God bless you and your brother and guide you into living out your full purpose,” Abby wrote to her sons. “Your Dad and I will always be here for you both; in complete unison and support,” De La Rosa promised. “No matter what this world may throw your way, know that forgiveness is key and what is for you – is for YOU! You both are already so loved and we can’t wait to meet you both.”

News of Nick Cannon potentially expecting twins with Abby De La Rosa began to spread in February. Those familiar with Abby’s social media timeline noted that she was pregnant while also in a relationship with Nick. Neither Nick nor Abby, though, confirmed him as the father of her unborn kids. Many concluded Nick as the father of Abby’s sons after seeing pictures from her gender reveal party. Abby dropped a clue of Nick as the father of her kids days prior during an Instagram video post in which she sat in front of Cannon’s “N’Credible” trademark image.