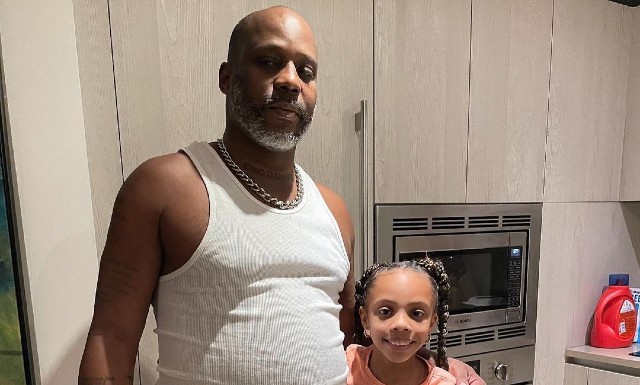 DMX’s daughter, Sonovah Hillman Jr., will be featured on his posthumous album. Details about the late rapper’s album were released on Monday (May 10).

According to several reports, DMX’s posthumous album will be named Exodus. Some believe the project’s name is a sort of tribute to the rapper’s youngest son, Exodus Simmons. Producers are said to be in the process of creating space for Sonovah Jr. to have a posthumous collaboration session with her dad for two tracks that will be on the album.

Some may remember little Sonovah as the child who gave her father a beautiful musical rendition at his memorial last month. Sonovah gave her version of ‘Slippin,’ which was nothing short of phenomenal. Many praised the youngster for having the courage to stand in front of those in attendance at her father’s memorial and rap. Performing, however, is in little Sonovah’s blood.

“Whatever is on my mind, I just write about it,” DMX’s daughter said during a recent interview. “Rapping makes me feel powerful,” little Sonovah shared. “Someday I want to own a mansion with 15 bedrooms.”

Many compare Sonovah to DMX in both music style and physical appearance. “Sometimes she looks just like him depending on the angle you catch her,” Sonovah Jr.’s mom, Sonovah Hillman Sr., shared with the press. “She has a lot of his traits as far as an artist,” the youngster’s mother added. “Writing is easy for her.”

DMX knew about his daughter’s dreams to be a recording artist like him. Little Sonovah told her father about her ambitions during a beach trip to Miami in February. “He was happy when I told him I wanted to rap,” the youngster revealed to the media.

Sonovah Jr. is one of 15 kids DMX fathered. The late rapper’s posthumous album is set for release on May 28, 2021.