Home » NEWS » DEYJAH HARRIS SAYS SHE CAN NO LONGER TALK ABOUT DAD T.I. ON TWITTER 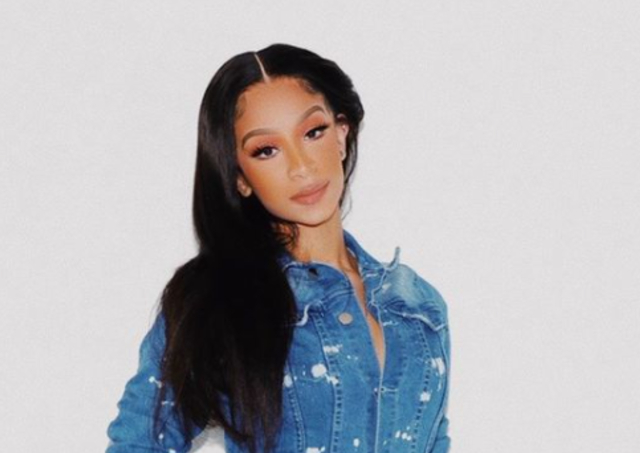 Deyjah Harris does not believe she can mention her father, T.I., on Twitter. The young adult recently answered a fan who asked why she deleted a post about her dad.

The tweet Deyjah shared was about T.I. waking her up to a cup of juice. Many thought the kind gesture was nothing short of sweet. Some trolls, however, took the opportunity to criticize T.I.’s parenting.

“Instead of people focusing on the main part of the tweet (that it felt like I caught a charlie horse in my neck … weird but that’s exactly how it felt) they only focused on some d*mn juice,” Deyjah told her social media fans. “And then [they] started making DISGUSTING assumptions.”

T.I. and Deyjah found themselves in the middle of a significant scandal after T.I. shared private information about his daughter. Deyjah was embarrassed about the incident to the degree of temporarily ending communication with her father. The young adult, however, reconciled with her dad with a little help from her mom who helped him see the light. There were still those who took issue with T.I. even after his and Deyjah made amends.

“I know that if I said my mom brought the juice, it wouldn’t have been as serious,” Deyjah said in her response about recently deleting what was meant to be a sweet tweet about a father and his daughter. “[It] made me feel bad because I know that I can no longer speak on him anymore (on social media),” the young adult revealed.

“That was my fault, though,” Deyjah continued. “I should’ve just kept to myself instead of thinking I could be open with Twitter like that,” she added. “That’s my fault,” Deyjah added.

GET TO KNOW "SYDNEY TO THE MAX'S" CASSIDEY FRALIN