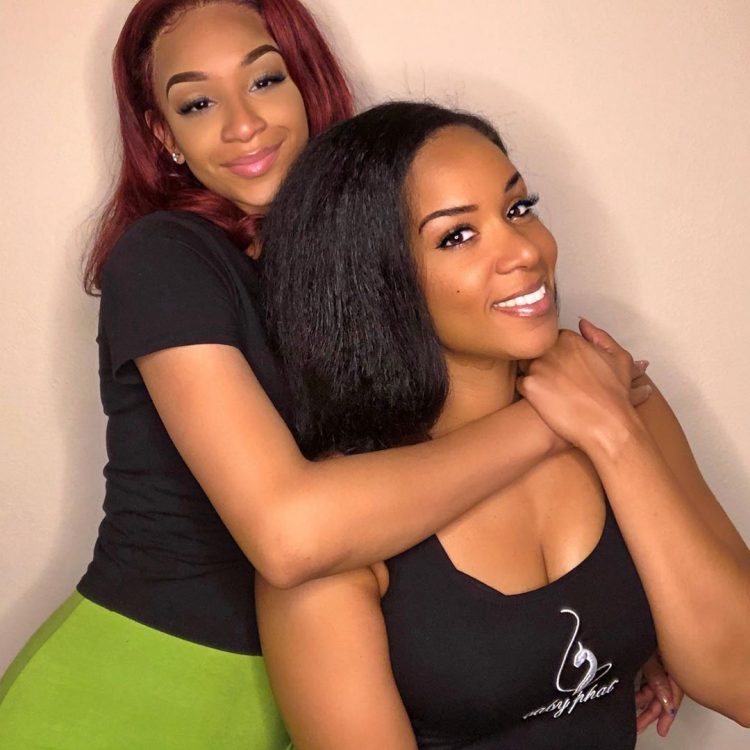 After the rapper and his wife Tiny appeared on Red Table Talk  today to address what many are calling “Hymen-Gate”, Niko made an interesting comment on her Instagram stories. She simply wrote, “…Whew Chile, the Narcissism…” 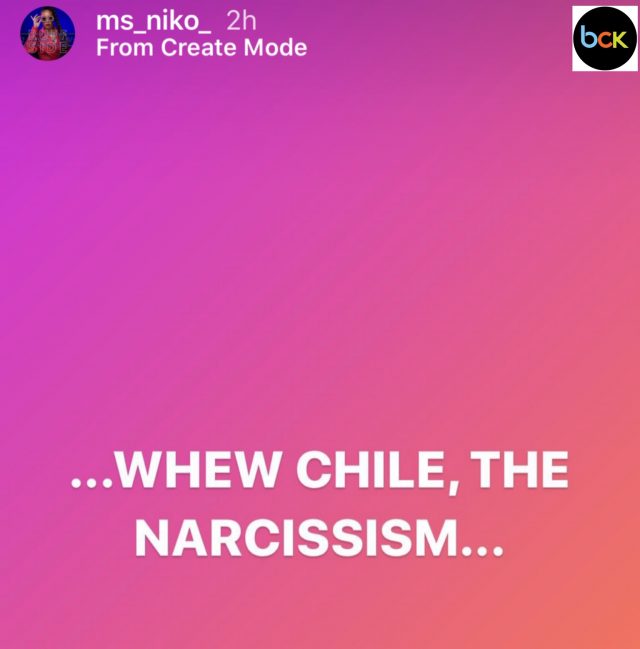 It would appear that perhaps the aspiring rapper and mother did not take too kindly to T.I.’s explanation of why he had to tell the world about how he accompanies his daughter Deyjah to the gynecologist every year to check her virginity.

T.I  addressed the storm of criticisms that followed his “hymen-gate” comment earlier today.

“I came to clear up any misconceptions that have been surrounding how we (T.I. and Tiny) interact and parent, and what is appropriate and inappropriate,” he said in the episode of Red Table Talk. “I think all of this is surrounding a conversation that I had in a very joking manner when asked how do I deal with parenting in this day and age,” the celebrity father explained. “And so, from a place of truth, I began to embellish and exaggerate. And I think a lot of people took it extremely literal.”

He continued, “I never said I was in any exam room. That is an assumption. That is a falsity. I never said that it was being done present day as an 18-year-old.”

Tiny also added that the routine check up was performed when Deyjah Harris was 15 and 16 years old. T.I. also said that Deyjah Harris’ mother was present during the doctor visits and that she welcomed his presence.

“All of this false narrative has just been sensationalized,” T.I. did share,however, that his daughter took issue with him discussing her virginity publicly. He said he has since apologized to her and he is “incredibly apologetic”.