"This Is Black Magic" 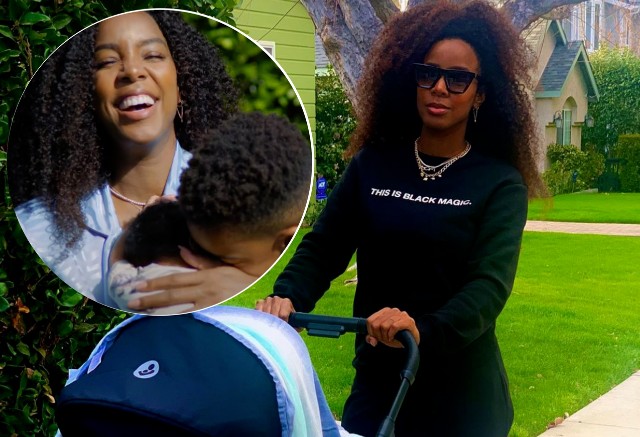 Kelly Rowland is proud of her Black Magic. The celebrity mom recently wore a black t-shirt that read “This Is Black Magic” while taking a stroll with her newborn. 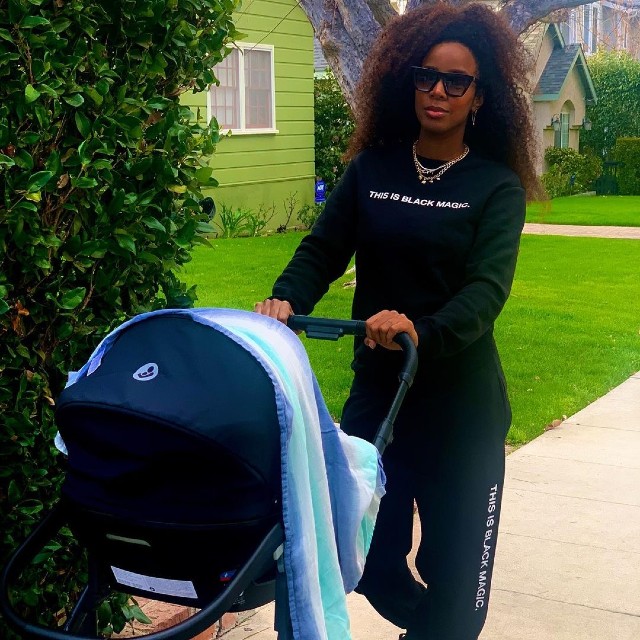 Rowland did not show her child’s face but rather struck a pose for the camera. Kelly also wore sweatpants with the same Black Magic vibes as her shirt.

Kelly Rowland welcomed her and her husband Tim Weatherspoon’s youngest son last month. “On the 21st day, of the 21st year, of the 21st Century, Noah Jon Weatherspoon Greeted us,” the celebrity mom told her social media fans after giving birth. “We are truly grateful,” Kelly shared.

Noah joined others in creating the music video for Kelly Rowland’s new song, “Black Magic.” The little one makes a cameo alongside his big brother, Titan Weatherspoon, in what some are labeling as a masterpiece.

“Kelly is crafting out a new genre for herself,” one fan said after watching the music video and listening to Kelly’s new song. “I love the Afrobeat vibes,” the supporter added. “You can see she’s truly inspired by the great Fela.”

Another fan agreed by saying, “The instrumentals are out of this world. This is AFRO POP at its finest. Too, too warm, [and] lyrically insane. This is beautiful Kelly, and congrats on the new baby.”

Kelly continues to spread the importance of women’s empowerment. Such is the reason why the recording artist debuted a clothing collection, in collaboration with Fabletics, that offers a size range from XXS to 3X.

“I’ve always been inspired by women, and with this collection, I really wanted that to be reflected — no matter what background, shape, size, color you are,” Rowland said of her collection during a 2019 interview. “Every woman is just made so beautifully in their own ray of light,” the celebrity mom added. “I just wanted them to be able to slip this on and feel amazing and feel already more amazing than what you already are.”

You can learn more about Kelly’s Fabletics collection here!

SERENA WILLIAMS' DAUGHTER HAS THE TIME OF HER LIFE IN AUSTRALIA

SERENA WILLIAMS' DAUGHTER HAS THE TIME OF HER LIFE IN AUSTRALIA