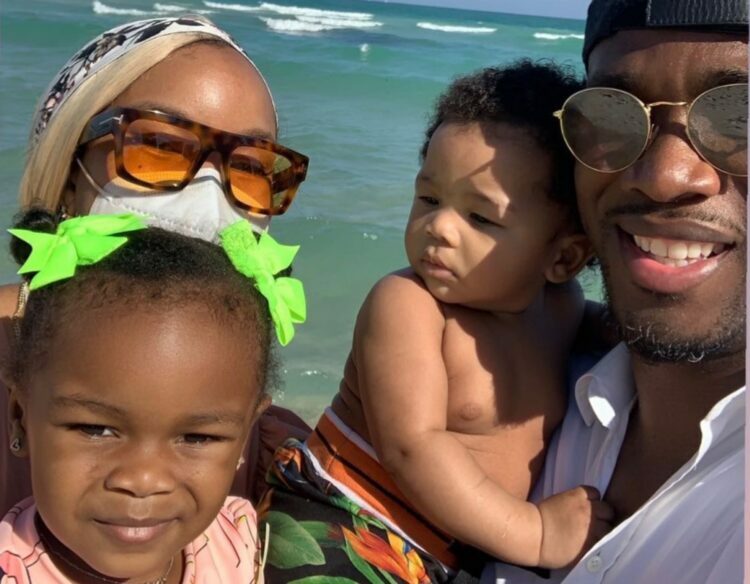 LeToya Luckett and her husband, Tommicus Walker, spent Valentine’s Day at the beach with their kids. The celebrities shared pictures from their outing on Instagram.

DMX’S EX-WIFE, TASHERA SIMMONS, PENS SWEET MESSAGE TO THEIR DAUGHTER ON HER BIRTHDAY

“Twinning,” Tommicus wrote in the caption section of a post that featured his son, Tysun. The little one looked away from the camera but still managed to steal the moment with his cuteness. “Tysun is adorable,” one social media said. Another of Tommicus’ supporters wrote, “He’s so darn cute.”

This past weekend’s trip was the first beach visit for Tysun. The little one was born last September. LeToya took to Instagram to share the news of her son’s arrival. “Overjoyed,” Luckett exclaimed. “Thank you, Heavenly Father,” the celebrity mom said.

LeToya and Tommicus wed in 2017. The couple announced their plans to divorce last year.

“After very prayerful consideration, Tommicus and I have decided to get a divorce,” LeToya shared in a statement. “It is my deepest desire for us to be loving co-parents and keep a peaceful environment out of respect for our children,” Luckett added. “Please understand our need for privacy. Thank you in advance for your prayers, support and space to heal as we tread through this challenging time.”

The rumors about Tommicus Walker and LeToya Luckett’s marriage began to spread last Summer. An alleged mistress came forward to accuse Tommicus of having an affair. Walker did not directly respond to the accusations. The celebrity dad did, however, tell fans that the devil was working to destroy his family.

Tommicus was especially convinced that there were dark forces at work given the fact that his wife was heavily pregnant at the time. Walker was afraid Luckett would go into premature labor because of the stress caused by public scrutiny. Nevertheless, LeToya carried her and Tommicus’ son to full term.

“God will have HIS way in your life,” LeToya’s good friend Keisha Epps wrote online after getting wind of Luckett’s impending divorce from her husband. “Ain’t nothing that God’s grace, God’s mercy, and God’s LOVE can’t cover,” Epps shared.

DMX’S EX-WIFE, TASHERA SIMMONS, PENS SWEET MESSAGE TO THEIR DAUGHTER ON HER BIRTHDAY

Nick Cannon and Abby Delarosa celebrated the impending birth of their twin baby boys at...