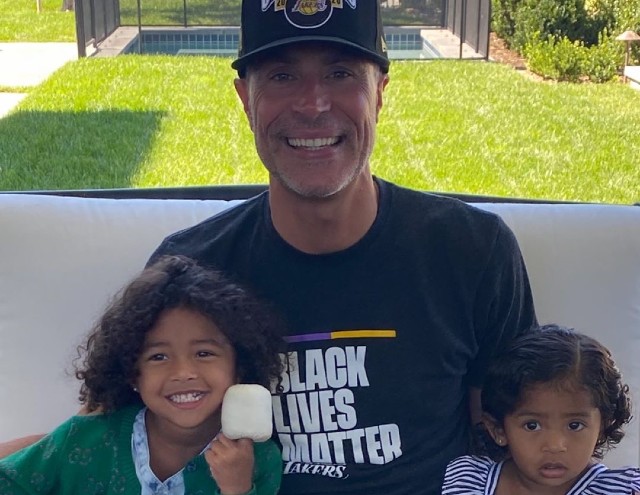 On Instagram, Candace Parker posted a cute photo of 3-year-old Bianka smiling after she hilariously trapped Parker in a big Frozen-themed playhouse. She captioned the post: “This little cutie can lock me in Arendelle anytime she wants. @vanessabryant 😍😘❤️ #TikToksForDays. Vanessa commented in response: “Such a cute pic! 💕.” Vanessa also captioned the post on her own (private) Instagram, writing: “Bianka was not letting @candaceparker get out of the Arendelle 😀❄.” 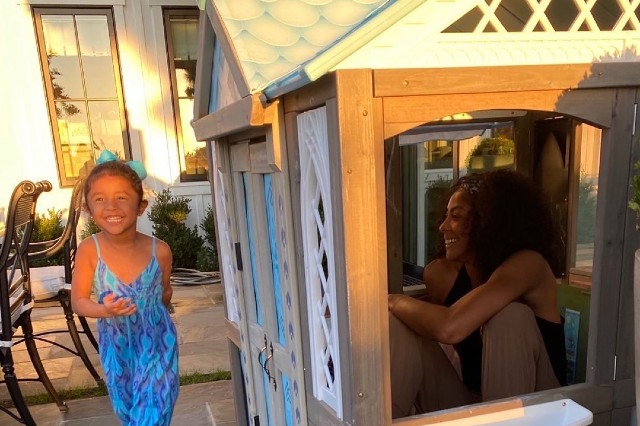 Their playdate didn’t just include playhouses, it also included some fun dancing. On her Instagram Story, Candace Parker posted a sweet video of her 11-year-old daughter Lailaa Williams dancing with Bianka and Natalia to the song: “It’s Beginning To Look A Lot Like Christmas.”

Vanessa Bryant and the kids also enjoyed some quality time with Rob Pelinka, the Lakers’ General Manager and Kobe’s longtime friend; in celebration of the Lakers winning their 17th NBA Championship after defeating the Miami Heat in six games in the 2020 NBA Finals. One photo shows Pelinka wearing Lakers Championship gear as he and his wife Kristin smile with little Bianka. Another sweet photo shows Pelinka together with Bianka and Capri. 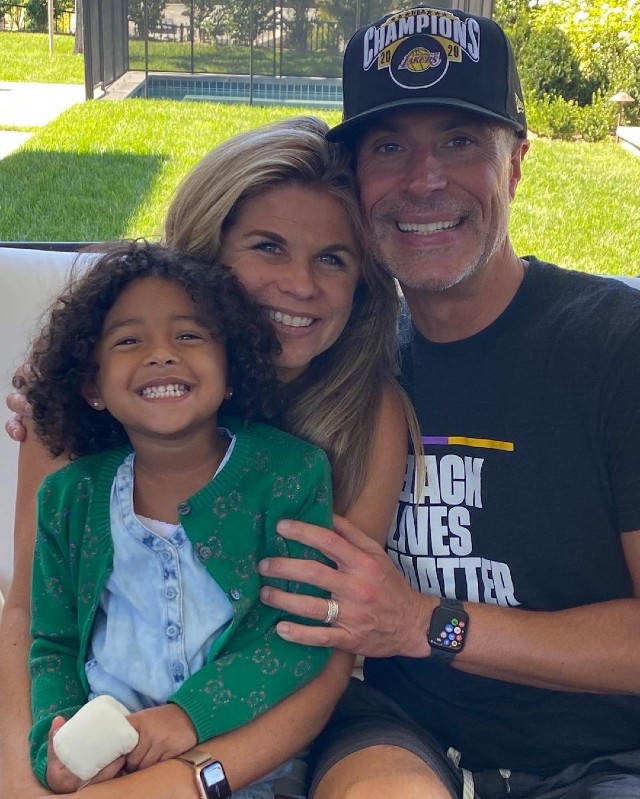 Kobe Bryant won five NBA Championships with the Lakers during his legendary career and the team dedicated their NBA title to Kobe and his late daughter Gianna Bryant. Vanessa Bryant congratulated the team on her Instagram Story, sending Pelinka a heartfelt message. She posted a photo of Kobe and Pelinka that said “Go Lakers” and captioned the post: “Congratulations Uncle P! Congratulations @Lakers Kobe was right, RP! “Stay the course, block out the noise.” @kobebryant Wish Kobe and Gigi were here to see this.”

In a postgame interview after the Lakers won the Championship, Rob Pelinka held back tears as he recalled a conversation he had with Kobe when he first became the Lakers’ General Manager in 2017. At the time, the Lakers were in the midst of a six-season Playoff drought, but Kobe told Pelinka he believed he would turn the franchise around in “two to three years.” With the signing of NBA superstars LeBron James and Anthony Davis, who led the Lakers to their Championship victory, Pelinka proved Kobe right. 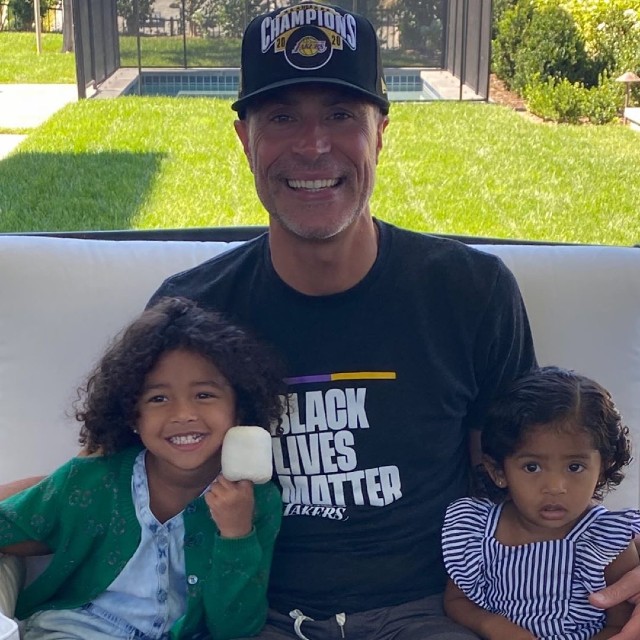 “There would be times in the middle of the night, I’d hear his voice: ‘Stay the course. Finish the task,'” said Pelinka. To be able to have a friend who changed my life, and helped me understand what greatness was about and sacrifice was about, there’s not many greater gifts… I guess you were right, man,” he continued, looking up and addressing Kobe directly with tears in his eyes. “You give me the energy to do it.”

The Lakers’ 17th Championship win comes nine months after Kobe and his daughter Gianna “Gigi” Bryant, along with Alyssa, John and Keri Altobelli, Payton and Sarah Chester, Christina Mauser, and pilot Ara Zobayan were tragically killed in a helicopter crash on January 26, 2020. Gianna was 13 and Kobe was 41 when they passed and they are survived by Vanessa and daughters Natalia, Bianka, and Capri Bryant.

"To be able to share this moment right now, knowing he and Gianna are looking down from heaven …"

Rob Pelinka spoke from the heart about about Kobe Bryant. #NBAFinals pic.twitter.com/C9KR5kGmU0

KEYSHIA COLE CELEBRATED HER BIRTHDAY WITH HER 'BOO'