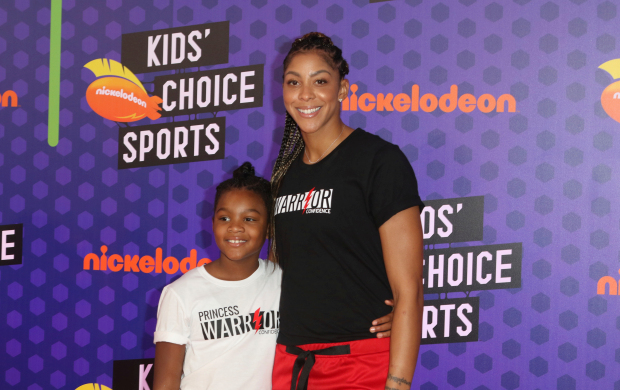 Candace Parker of the Los Angeles Sparks has accomplished much during her WNBA career, winning a WNBA championship, the WNBA MVP award twice, and two Olympic Gold medals, all at the age of 34. Although she still has years left to continue excelling at basketball, she recently discussed the legacy she wants to leave behind for her 11-year-old daughter Lailaa Williams.

In a recent Adidas commercial called “What We Leave Behind: READY FOR SPORT,” Candace Parker delivered a powerful message about the legacy she is leaving behind for her daughter; discussing basketball, motherhood, and difficult yet necessary conversations about sexism and racism in society that need to be addressed.

“That’s kind of been 2020 in a nutshell; to have uncomfortable conversations and to deal with uncomfortable things, but also figure out an action plan to make things better,” said Parker in the video. “Obviously, the hardest conversations are having with my nieces and nephews and my daughter. Just explaining to them through their innocence, like, what’s happening in the world and that some people don’t see the world the way you do. I have so much hope because of those conversations that they are finally gonna get it right.”

We caught a FISH! This was the first time we used live bait, we put it on the hook 🤮 and Walter (thats our fish’s name) bit! 🙌🏾🙌🏾🙌🏾🙌🏾🙌🏾 thank you to @coachtrammell for the fishing pole and @sportsiren for the live bait! My baby girl’s face was PRICELESS both while hooking the squirming worms and when we finally caught a fish!!!! #MemoriesFromTheWubble

Candace Parker has previously spoken about wanting to coach her daughter in the future, and in the commercial, she explained what “legacy” means to her and what she hopes to leave behind for Lailaa. “I believe the meaning of life is legacy, so for me, it’s definitely my kid,” said Parker. “It’s definitely just an energy. You either leave something or you take something, and I’d rather leave something.”

“I hope that there are certain things that come to mind when people think of me when I’m no longer here or no longer a part of the game of basketball or no longer on Earth that brings people together,” says Parker. “If you don’t have a legacy, then like, what are you doing?”

Candace Parker also spoke about the sexism and racism she faced growing up playing a male-dominated sport as a Black woman, and how she refused to let it stop her from shattering expectations and achieving her goals. “I would lie to you if I said I didn’t ever experience racism,” said Parker. When I first went to the park, because I was a girl I got picked last, and then next time I made it my mission, like, I was gonna be the one picking the team because we were gonna win every game,” she recalled. “I think it’s just about perspective; when people try to put individuals in a box and then get mad at them because they don’t fit. Don’t get mad at me because I don’t fit what you think I am.”

I’m excited to team up with @offoutdoors and @happy_camper_live to help bring summer camp to your backyard! Lailaa and I will be showing how we’ve turned some of our favorite outdoor family activities into an obstacle course right in our backyard. It’s easy to do, whether you want to recreate our course or be inspired to create your own by combining your favorite active outdoor activities – hula hooping, jump roping, football throwing, etc. Before working up a sweat outdoors, don’t forget to first apply OFF! Active® spray for sweat-resistant protection so you can keep your head in the game and not on swatting mosquitoes! Check out the link in my bio for more. #BackyardSummerCamp #ad