Home » NEWS » LEBRON JAMES’ WIFE VISITS HIM IN THE NBA BUBBLE: ‘IT’S NOT A KID-FRIENDLY PLACE’

LEBRON JAMES’ WIFE VISITS HIM IN THE NBA BUBBLE: ‘IT’S NOT A KID-FRIENDLY PLACE’ 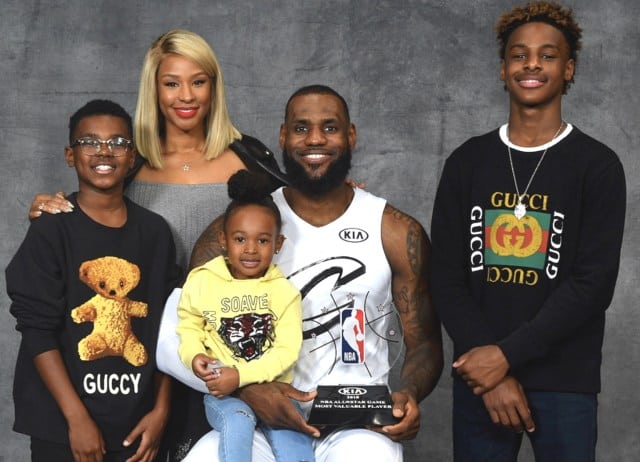 NBA superstar LeBron James of the Los Angeles Lakers has previously talked about how much he misses his wife and three kids in the NBA “bubble,” but when players were finally allowed guests, only his wife, Savannah James visited. LeBron explained that he didn’t bring his kids to the bubble because it’s “not a kid-friendly place.”

The 2020 NBA season restarted on July 30 after a four-month hiatus due to COVID-19, exclusively at the NBA’s “bubble” campus in Orlando, Florida. The NBA bubble has many rules and restrictions, among that NBA players weren’t allowed to bring guests until after the first round of the playoffs, unlike the WNBA.

LeBron James is glad to have Savannah with him in the bubble, but he makes sure to stay focused on the main goal, which is leading his Lakers to a championship. “I’m definitely happy that (my wife) is here, but I keep the main thing the main thing,” says James. “When I’m on the floor, it’s all about how I can be better for my teammates, how I can make plays offensively and defensively, and then see my wife after the game.”

The Lakers are currently playing the Houston Rockets in the second round of a best-of-seven series in the 2020 NBA Playoffs. The Lakers lead the series 2-1 and Game 4 is set for Thursday, September 10 at 7 PM (ET).