SERENA WILLIAMS’ HUSBAND AND DAUGHTER SUPPORT HER AT US OPEN 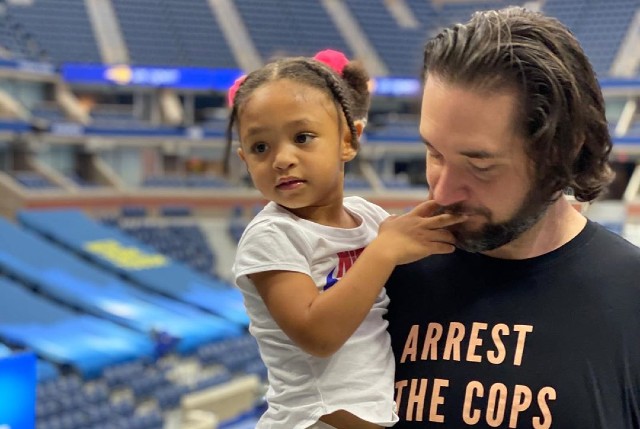 Tennis great Serena Williams has been competing in the 2020 U.S. Open on her quest for her 24th major, and cheering her on from the stands are her husband, Reddit founder Alexis Ohanian Sr., and their 3-year-old daughter, Alexis Olympia Ohanian Jr.

Ohanian Sr. posted a short video of himself bringing Olympia down to watch her mother in the stands, which he captioned: “Happy feet! 👣👣 @olympiaohanian.”

After Serena won her third-round match against fellow American Sloane Stephens in three sets on September 5, she and her daughter shared an adorable moment as Olympia waved to her from the stands, which caught Serena off-guard. When a reporter asked Serena what she hoped Olympia saw from her mother in a post-match interview, Serena answered:

“Well, I forgot she was coming out. I hope that she saw her mama fighting. I don’t think she was paying attention, between you and me,” joked Serena. “She may have been playing with some princesses upstairs.” It is most likely true considering that Serena and Olympia are always dressing in princess dresses.

Like many professional sports organizations, the WTA (Women’s Tennis Association) events take place in a restricted “bubble” due to COVID-19. Ohanian Sr. and Olympia have regularly watched Serena compete in the “bubble,” and they continue to support her from the (mostly empty) stands. Ohanian Sr. even thanked the WTA for keeping a safe environment in an Instagram post, which read: “Thank you @wta @usta for a safe environment in the Bubble. @olympiaohanian and I are very happy to be “bubbled,” regularly getting tested, and Masked Up in order to safely get folks back to work.”

Following her win against Sloane Stephens, Serena Williams moved on to the fourth round of the U.S. Open, where she defeated Maria Sakkari in three sets on September 7 and advanced to the Quarterfinals. Serena Williams will be playing Tsvetana Pironkova in the Quarterfinals on September 9, and her husband and daughter will certainly be cheering her on.