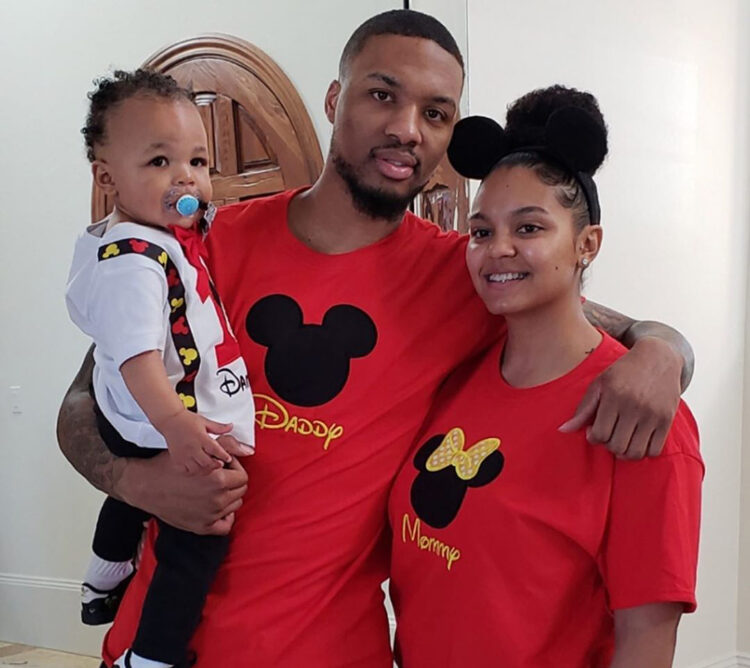 His season may be over, but Portland Trail Blazers star Damian Lillard has two more reasons to be happy. On Monday (August 31), Lillard was proud to announce that he and his fiancee Kay’La Hanson are expecting twins; a boy and a girl to be exact.

Damian Lillard and Kay’La Hanson already share their 2-year-old son, Damian Lillard Jr., and on Instagram, Lillard posted a picture of himself, Kay’La, and Damian Jr. all holding two peas in a pod. In the caption, Lillard wrote: “I’m a DADDY DADDY now 😂😂😂… happy for another boy but this girl gone hit different 🤦🏾‍♂️🧘🏾‍♂️💯💯.”

The Portland Trail Blazers congratulated their star point guard on Twitter, sharing the same picture from Damian’s post. The tweet read: “Congratulations to @Dame_Lillard & his fiancée Kay’La, who announced they are having twins! 🖤❤️🖤❤️.”

Damian Lillard shone in the eight seeding games in the NBA’s restarted season, becoming the MVP of the seeding games and leading his Blazers to the final No. 8 spot of the 2020 NBA Playoffs in the Western Conference. The Trail Blazers faced the No. 1 seed Los Angeles Lakers in a best-of-seven series in the first round, and while they won Game 1, the Lakers won the next three games. As if being down 3-1 wasn’t bad enough, Lillard dislocated his left index finger in Game 2, sprained his right knee in Game 4, and was ruled out for Game 5.

Damian Lillard left the “bubble” to reunite with his family and have his knee examined further, where it was discovered that he wouldn’t need surgery. As for the Blazers, they went on to lose the series to the Los Angeles Lakers 4-1, ending their season with a 131-122 Game 5 loss on August 29.

Damian Lillard was proud of his Blazers’ season despite their first-round exit, writing on Instagram: “Very proud of US this season. 🏁.” Lillard will most certainly be even prouder to welcome his new twins in the near future.