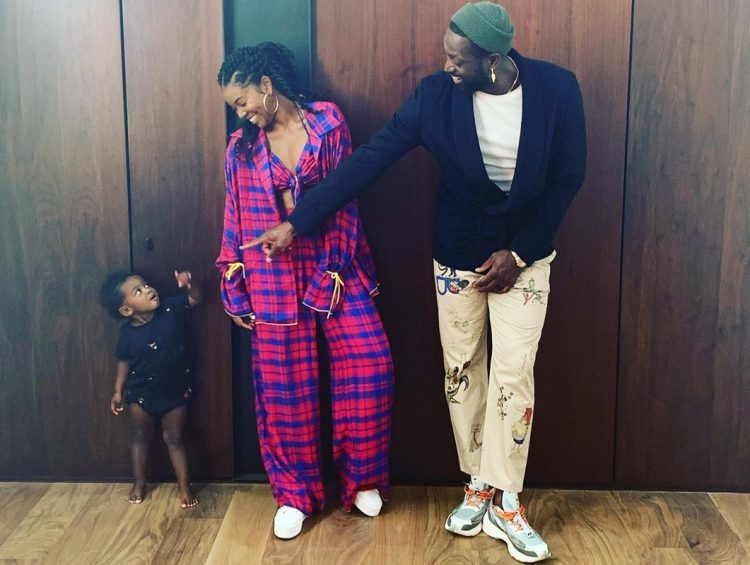 Actress Gabrielle Union, NBA legend Dwyane Wade, and their kids, 18-year-old Zaire, 13-year-old Zaya, and 1-year-old Kaavia Wade are living their ‘best Black lives’. From swimming to cartwheels and everything in between, the Wades have done it and have all the proof on social media.

In one adorable Instagram video, Kaavia is swimming in the pool and talking while her mother looks on. Kaavia hilariously calls for her “dada” while Union tells her that he went inside. Union captioned the post: “Look Whose Talking 👶🏾 😂🤣😂🤣😂🤣When @kaaviajames gets hooked on phonics, issa wrap! Heaven help us all!”

Look Whose Talking 👶🏾 😂🤣😂🤣😂🤣 When @kaaviajames gets hooked on phonics, issa wrap! Heaven help us all!

In another funny video, Zaire and Zaya Wade challenge each other to a cartwheel competition. It begins with Zaire dancing like Michael Jackson, and then Zaya, sporting blue hair, tells him to do cartwheels. Zaire does nine cartwheels in a row and then tells Zaya to do eight cartwheels, but she has to do a backflip every two cartwheels. Not only did Zaya pull it off, she also one-upped Zaire by finishing with a split, which made everyone around them cheer. Zaire captioned the video: “Oh y’all ain’t know I was a gymnast too🤸🏾(Coach Zwade in full effect w @zayawade 🤣) Sunday family vibes! 🖤.”

Recently, Gabrielle touched on how she is teaching her kids to live their best lives, to be self-confident, and to take pride in their Blackness. “Your hair is a part of you and it’s an extension of you, but it has to start with self-love and pride in your Blackness and Afrocentric features, whether that be your hair, your nose, your lips or your body,” says Union. “Especially now, when there are so many external forces that are anti-Black. It is always pride and live your best life and live your best Black life. And let your curls do what they do.”