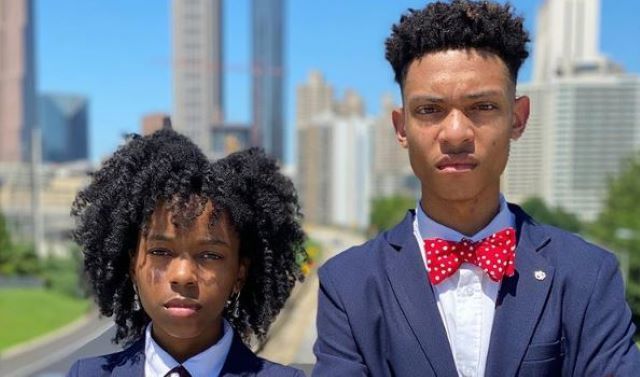 Now known as “The Atlanta Great Debaters,” high school students, Madison Webb and Christian Flournoy, have made history as these super intelligent Atlanta teens were the first black girl and youngest black boy to bring home their third consecutive win in the International Harvard Debate Competition.

“For the 3rd consecutive year, the Atlanta-based #HarvardDiversityProject brings home the championship from Harvard’s international debate competition, which was held virtually this year. Madison & Christian secured the victory, making history as the first Black girl and the youngest Black boy to win the tournament. During the final round, the judge panel declared their #3peat victory with a perfect 5-0 winning ballot,” a post was captioned on the official Harvard Diversity Project Instagram page.

According to 11Alive, the pair beat out students from over 25 countries throughout the world in the virtual event.

Webb and Flournoy, coached by assistant debate coach Brandon Fleming, have brought notoriety and a positive reputation to the Harvard Diversity Project in their community, opening doors for students to receive merited academic attention from Ivy League and elite universities.

Yearly, the program recruits a new group of 25 outstanding students to participate in the competition. According to the Harvard Debate Council Diversity Project website, the program, “is an Atlanta-based pipeline program that recruits, trains, and matriculates highly motivated black youth into a summer debate residency at Harvard College. HDCDP cultivates scholars seeking to further their education at elite colleges & universities.”

Additionally, the end goal of the organization is to, “…promote educational equity by creating opportunities for underserved youth to gain exposure and access to academic training that will distinguish them as top candidates in the college admissions process.”

Congratulations are unquestionably in order for Madison and Christian. They have clinched the title three years in a row. We cannot wait to see what the future holds for them.

LUDACRIS SAYS KIDNATION WAS INSPIRED BY HIS KIDS

LUDACRIS SAYS KIDNATION WAS INSPIRED BY HIS KIDS