GABRIELLE UNION TEACHES HER DAUGHTERS TO LOVE THEIR HAIR 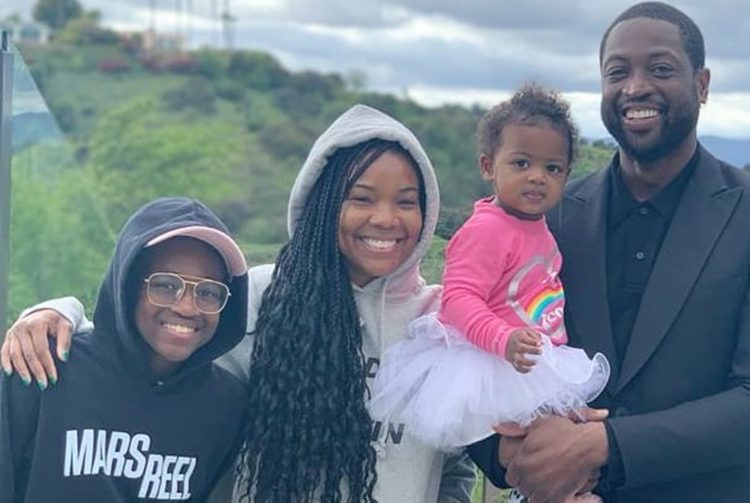 For actress Gabrielle Union, caring for her natural Black hair isn’t just business, it’s about her making sure her 1-year-old daughter Kaavia and her transgender step-daughter, 13-year-old Zaya Wade, take pride not only in their hair but in their Blackness as well.

“Your hair is a part of you and it’s an extension of you, but it has to start with self-love and pride in your Blackness and Afrocentric features, whether that be your hair, your nose, your lips or your body,” says Union. She and her husband, NBA legend Dwyane Wade, make sure that their girls take pride in their natural Black hair, “especially now, when there are so many external forces that are anti-Black,” says Union. “It is always pride and live your best life and live your best Black life. And let your curls do what they do.”

Kaavia Wade is an Internet darling nicknamed “Shady Baby” for her sassy personality, but she also has trolls and haters who criticize her natural curls. As a proud transgender girl, Zaya Wade has also had people bash her hair (and direct hate and transphobia at her). To those haters who take issue with her daughters’ hair, Union says it remains their problem and not hers, saying that her girls are free to style their hair however they want.

“I’ll see comments and people are like, ‘Why is her hair never done?’ And I’m like, ‘She is a year and a half.’ I don’t want to give her a complex about what is an acceptable style. Some days Kav will hand you her brush and she’ll want a little afro puff. And some days she just wants to wake up and go,” says Union. “And Zaya went from pink hair to blonde. If you want to switch it up every day, great. What you do with your hair is your own personal choice. For me, the focus is on healthy hair, not on what you do with it.”

In the spirit of Black women taking pride in their natural hair, Gabrielle Union was an Associate Producer on the Oscar-winning short Hair Love, a sweet short film about a Black father learning to style his daughter’s hair; which is now getting made into a TV series on HBO Max. Union also looks to help women care for their hair with the relaunch of her 2017 natural haircare line, Flawless by Gabrielle Union, which is set to launch on Amazon starting August 3rd.