"They Still Deserve The Same Respect That You Expect In Return" 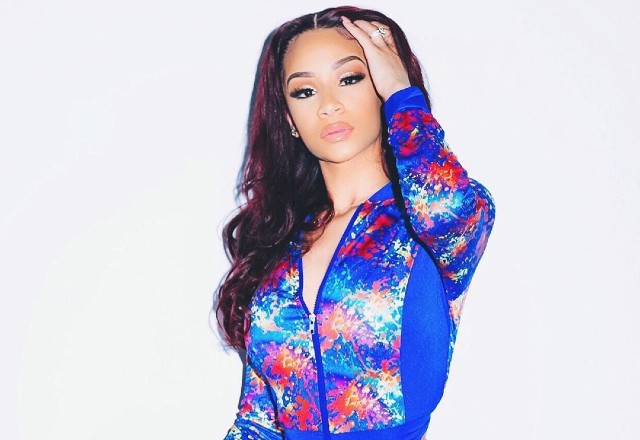 T.I.’s daughter, Deyjah Harris, wants to give parents a bit of advice about mindfulness. The 19-year-old took to Twitter over the weekend to share her thoughts about mutual respect and other things.

“Watch how you speak to your children,” Deyjah advised. “I don’t care how old they are, they still deserve the same respect that you expect in return,” the young adult said. “I still love you,” Deyjah wrote in another tweet. “But from a distance. Not because I don’t care about you, but more so for the sake of my own well-being and inner peace.”

watch how you speak to your children. i don’t care how old they are, they still deserve the same respect that you expect in return.

Many agreed with Deyjah’s view that respect is a two-way street. One of the young adult’s Twitter followers, however, pointed out cultural barriers that make the concept a mere dream to many.

“Asian culture really isn’t like this,” the social media fan tweeted in response to Deyjah’s post. “It’s your parents are always right and you don’t get a say because ‘you’re the child and I’m the parent’ type of mentality.” Deyjah responded to the tweet by saying, “Yes, I know exactly what you mean and I hate that. But the good thing about this generation is that we will all be much better parents and know what to do/say or what NOT to do/say to our children, no matter what age they are.”

it really sucks that those who deal with mental health challenges constantly feel like they are a burden to someone. it’s not fair to us to have to feel this way but it’s not true! you are not a burden for having burdens. you do matter and people would notice if you were gone.

It was just a few weeks ago that the world saw how Deyjah Harris handled her father’s Hymen-gate scandal behind closed doors. The 19-year-old stopped speaking with her dad for a time because of his reckless interview about her. It was only through Deyjah’s mom that T.I. understood the severity of his comments.

“I actually spoke about that moment because it was a proud moment for me,” T.I. recently said of his declaration of his daughter’s hymen “intact.”

“I didn’t think of you as a young adult who is beginning her adult life and how that may affect you in a public form,” T.I. told his daughter. “I didn’t,” he added. “I thought of you as my baby … my baby girl … and I thought of you as now you’re still my baby girl, and I’m proud of that, and if that hurt you, I’m sorry. But that wasn’t my intention.”