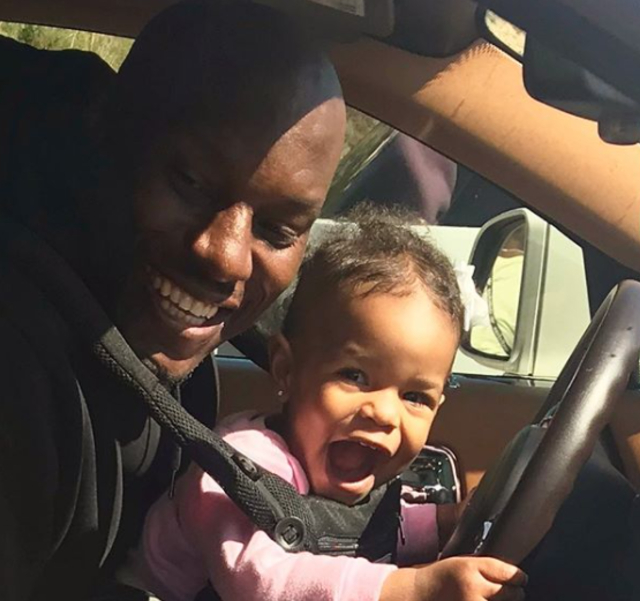 Tyrese Gibson and his daughter, Soraya Lee Gibson, took a ride earlier this week while spreading a message for change. The celebrity father shared a video clip of his ride with his baby girl earlier this week.

“My angel’s early audition for #Fast15,” Tyrese told his Instagram fans. The celebrity father also uploaded a video clip of him sitting behind the wheel with his baby girl strapped to him. “That is so cute,” one fan said of the father-daughter moment. “I bet she will be the best actress ever in Fast and Furious.”

Tyrese enjoyed a ride with his baby girl while also speaking on current social events revolving around police brutality. “Dear police officer of the future,” the celebrity father began. “Like you, I wanna come home to my daughters and my family,” Tyrese explained.

“It’s not fair to say all police officers are bad,” the celebrity father continued. “But for those of you who are racist, will kill and shoot and ask questions after…… My daughters deserve to be raised by their father…… Thank you for hearing me out …. God bless you and yours! #BlackKing #GirlDad #StarOfFast15.”