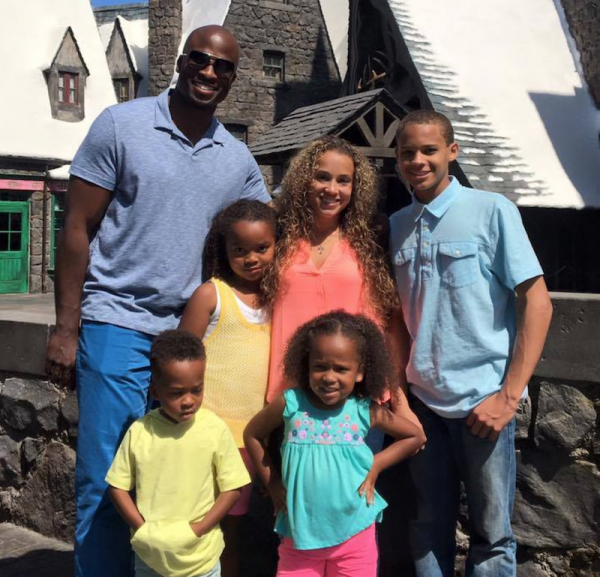 Akbar Gbajabiamila, a former NFL player and host of NBC’s American Ninja Warrior, recently spoke about some of the racism his family experiences, sharing how his children were racially profiled in their new neighborhood.

Akbar Gbajabiamila has two sons and two daughters with his wife Chrystal, and Gbajabiamila talked with PEOPLE about how his children were racially profiled on the first day they moved into their new neighborhood, which happens to be predominantly White. Gbajabiamila also admitted to struggling with the situation, saying that it was the first time he had to explain racial profiling to his kids.

“I never had to have that conversation with them before,” said Gbajabiamila. “A lady chased them all the way to [our] house she said, ‘Hey, I just wanted to make sure that this neighborhood stays safe.’ And my daughter, she looks at her and she goes, ‘But I’m 10 — I’m 10 years old. How am I a threat?’ It was her, my young daughter, my son and my niece, and they were just walking and looking in the new neighborhood and that was the first time that I ever had to talk to them about racial [profiling] because I was like, ‘How do I explain this?'”

On May 25, Minnesota resident George Floyd was murdered by Minneapolis police officers, and since Floyd’s death, protests against police brutality and systemic racism have spread across the country. In the wake of the protests and their unfortunate experience with racial profiling, Akbar Gbajabiamila says his children now have a better understanding of racism than ever. “I fast forward to now — having the conversation and saying, ‘Hey, what happened when we moved in on day one, that’s what happened [on] a larger scale across America,'” says Gbajabiamila. “My kids have a better understanding today than they did even just when we moved into the new neighborhood.”

TEYANA TAYLOR CONFIRMS THAT SHE IS PREGNANT IN NEW VIDEO