There Is A Lot Going On 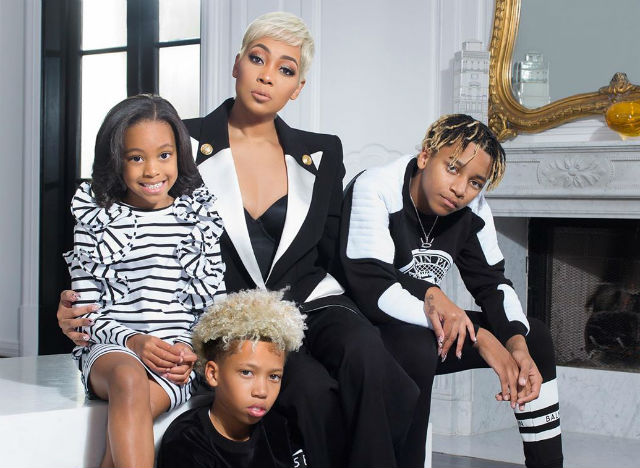 Monica is focused on many aspects of her life in the most recent episode of T.I. and Tiny: Friends and Family Hustle. Divorce and the kids take precedence in the recording artist’s life.

First, Monica finalizes her divorce from Shannon Brown. The public learned of the celebrity mom’s decision to end her marriage last year after rumors of Shannon cheating on his wife began to spread. Monica grapples with the notion of everything except her and Shannon’s finances going public during the episode.

There is also the matter of Monica getting her oldest son, Rodney “Rocko” Hill Jr., ready for Homecoming while searching for a new home for the family since moving out of the house that she and Shannon once shared. Rocko makes it to the school’s dance on time despite everything that is unfolding in his mom’s world.

It’s been a heartwarming experience for myself & my children to be on a show that displays the beauty of Black Family , Love & Friendship.. Tune in TONIGHT at 8pm on @vh1 and watch me get my Big Boy ready for a very special date!!! Wow, @rockohill you’re taller than your Momma🖤

It was just the other week that fans learned of Rodney Jr.’s health scare caused by a seizure. Monica shared her feelings with her good friends LeToya Luckett and Toya Johnson.

“[Rocko] lifted his arm like he was going to stretch and boom! [He fell] flat on his face,” Monica told her friend. “He hit the corner of the bed [and] then he hit the floor,” she added. “He’s never had no (sic) seizure before.”

Rocko spent several days in the hospital with a head injury after his seizure. The 15-year-old has since recovered from the health scare.

Well, all you can do is laugh when it come to @romelo !! @rockohill usually laughs at anything out his mouth! Until you birth a Capricorn you have NO IDEA… 😂 Just Tune in TONIGHT & see fa yaself LOL on @vh1 at 8pm…. Lord help us with Melo😂😂

“It’s been a heartwarming experience for myself and my children to be on a show that displays the beauty of Black Family, Love, and Friendship,” Monica wrote in a recent social media post. “Thank you to everyone that’s shown genuine concern for my children and I,” the celebrity mom added. “We live a real life but we get through it all together,” Monica concluded.

Tune into VH1 every week for a new episode of T.I. and Tiny: Friends and Family Hustle!