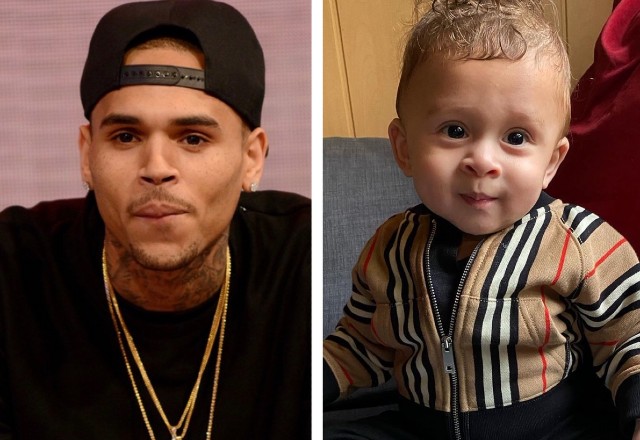 Chris Brown’s baby boy is melting hearts across the Internet with his latest photo. Little Aeko Brown is a “blonde” baby who cannot be ignored.

My peace in this madness. Fighting for a better world for the new generation.

Nearly 150,000 Instagram fans loved what they saw in Aeko’s latest photo within a matter of three hours. “He’s grown so fast,” one social media follower shared after seeing the new candid of Aeko on his mom’s Instagram page. “Cuteness overload,” another fan declared. Some fans even admitted that Aeko looks more like his father in the shot.

There was a discrepancy about Chris Brown’s son a few weeks ago after a few online trolls claimed that Aeko looked nothing like his father. One critic even went so far as to say that Ammika Harris and Chris Brown’s son was “just another Asian baby.”

The scrutiny over Aeko’s physical appearance reached an all-time high, which led to Chris Brown turning off the comments section on his Instagram page. Thankfully, the moment of intense criticism has passed and fans are starting to recognize Aeko for who he is: Chris Brown’s son.