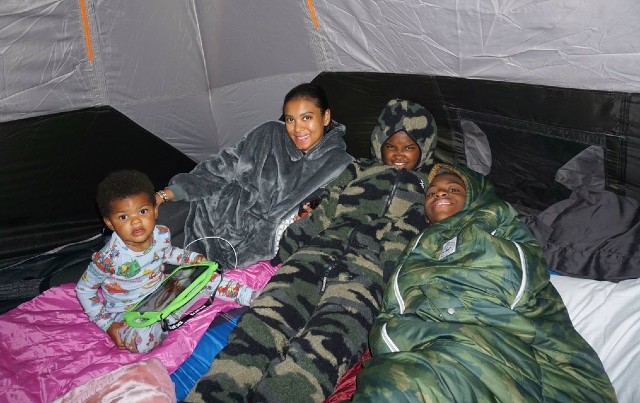 Coronavirus quarantining has allowed ordinarily busy people like comedian Kevin Hart to spend more time at home with their families. However, on a recent episode of The Ellen DeGeneres Show, Kevin revealed that his wife Eniko Parrish and their kids think he’s been “annoying” during their quarantine time.

Kevin Hart and Eniko Parrish share their 2-year-old son Kenzo Hart, and Parrish is currently pregnant with a baby girl. Kevin also has two children with his ex-wife Torrei Hart, 15-year-old Heaven and 12-year-old Hendrix Hart; and apparently Kevin has managed to get on all their nerves.

“She’s saying I’m getting on her nerves. And you know, whatever. I don’t fight it. But apparently, I’m annoying,” said Hart about Eniko, who then noted that the kids think so as well. “That’s what they’re talking about around the house, saying I’m just always around. That’s what I’m hearing. ‘Dad, you’re always around. Go somewhere!'”

“And they say, ‘Dad, you always wanna do stuff. Just chill,'” Hart added. “And I’m like, ‘Well, I thought doing stuff was chilling. Y’all don’t wanna do something? Y’all don’t wanna make a TikTok?’ You know, that’s what I do. I bring that energy to the household. ‘Hey, board-game time! It’s 6 o’clock! Y’all know what that means: Get the games out!'”

Kevin Hart also mentioned that his wife and kids find him so annoying that on family game nights, they always play “Who Can Be Quiet the Longest?” Ironically, Hart always wins. “That’s what they’ve been making me play lately. Just who can be quiet the longest,” joked Hart. “I don’t think that game’s a lot of fun, but I always win. I always win. They say, ‘Dad, you’re the best at this game,’ so I keep playing it ’cause I’m good, apparently.”

Though she may indeed find him to be annoying at times, Kevin Hart says that Eniko is “so happy” to have him by her side during her pregnancy, since Hart’s busy schedule usually keeps him away from home. “Normally, I’m in and out, so it’s been a real blessing just to be around and talk, converse and just kind of be with the fam through these months,” says Hart. “This is the first time that I’ve ever been here this much through a pregnancy in general in my life, so it’s been refreshing.”