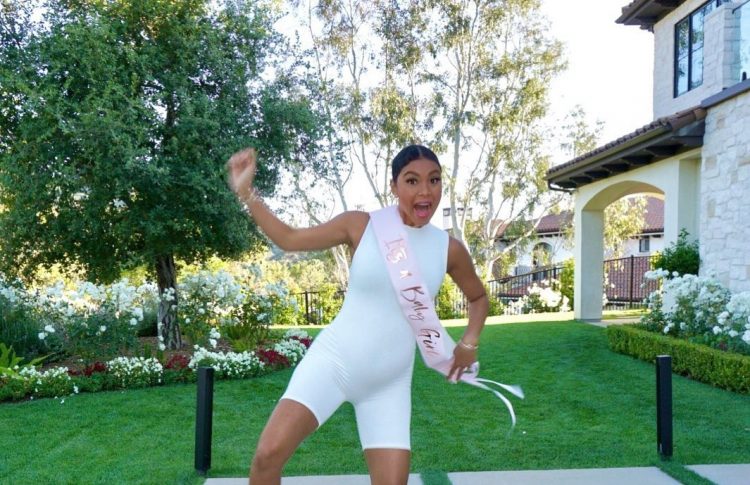 Comedian Kevin Hart recently reflected on some of his past mistakes, opening up on why his pregnant wife Eniko Parrish stayed with him despite him cheating on her, calling her “the strongest person in the world.”

Kevin Hart and Eniko Parrish have been married since 2016, but in 2017, Hart was caught on camera cheating on Eniko (while she was pregnant with their first child) with model Montia Sabbag. A video of their affair was released online in an attempt to extort Hart for money. In 2019, Sabbag sued Hart for $60 million, claiming that Hart hid a camera and set her up during their affair, but the lawsuit was dismissed.

On “The School of Greatness” podcast with Lewis Howes, Kevin Hart discussed Eniko’s reasoning for staying with him despite his unfaithfulness. “She came to an amazing conclusion of, ‘I like the fact that we have a family, that we have a household, and I like the fact that we now got a job to do to get better. That’s what you owe me. You owe me the get-better,’” explained Hart. “She held me accountable. It wasn’t a walk in the park, but it was her understanding that we don’t let the outside world affect our inside, and I credit her for setting that tone.”

Kevin Hart and Eniko Parrish share their 2-year-old son Kenzo Hart together in addition to the baby girl that Eniko is currently pregnant with. Hart also shares two children with his ex-wife Torrei Hart, 15-year-old Heaven and 12-year-old Hendrix Hart.

Kevin Hart recently went on the TODAY Show to discuss his wife’s pregnancy, saying that he was “thrilled” to have another child on the way. “The whole family’s excited. We’re adding another bundle of joy to this household,” said Hart. He then joked about the craziness that would surely ensue as a result, saying: “I’m ready for more noise, more yelling. It’s already loud but it’s going to get louder! It’s a blessing.”