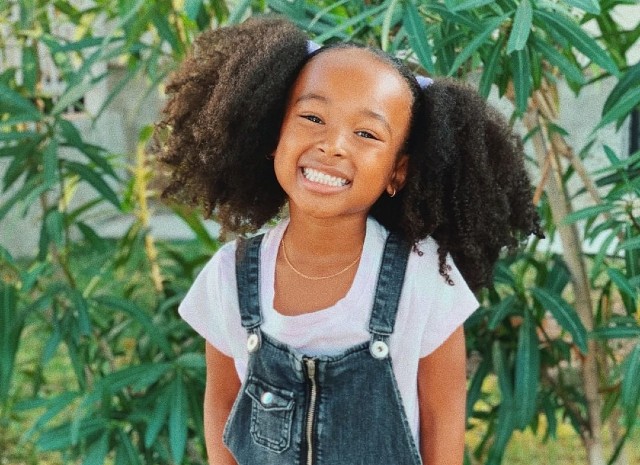 From TikTok videos to her own YouTube channel, Zhuri James, the adorable daughter of NBA great LeBron James, is making quite a name for herself.

However, Bronny and Bryce are not the only rising talents in the James family. She may be the youngest, but Zhuri is the true star of the James family and proves it by stealing the show in their TikTok dance videos, leading front and center in them.

For instance, on March 6, the James family made a TikTok family dance video where they rocked out to “U Can’t Touch This” by MC Hammer. Of course, young Zhuri stood in front and absolutely crushed it, outshining her family members with her cuteness. LeBron captioned the post: “My GANG GANG heavy hitters!! 🤟🏾🤮Especially the smallest one! #JamesGang👑.”

For more proof that Zhuri is the star of the show, on April 9, the James family made another TikTok family dance video, jamming to the song “Toosie Slide” by Drake. In the video, LeBron, Savannah, Bronny and Bryce all stood in the background while Zhuri stood in front (as usual) and led her family through the choreography.

Zhuri James not only shows up her family on TikTok, she also has her own YouTube channel called “All Things Zhuri,” where she partakes in activities alongside her family. LeBron James even made a cameo appearance on one of her episodes, and they made peanut butter snacks together.

LeBron may be the best basketball player, but Zhuri James is most definitely the brightest star in the family.