"This Is The Best Version" 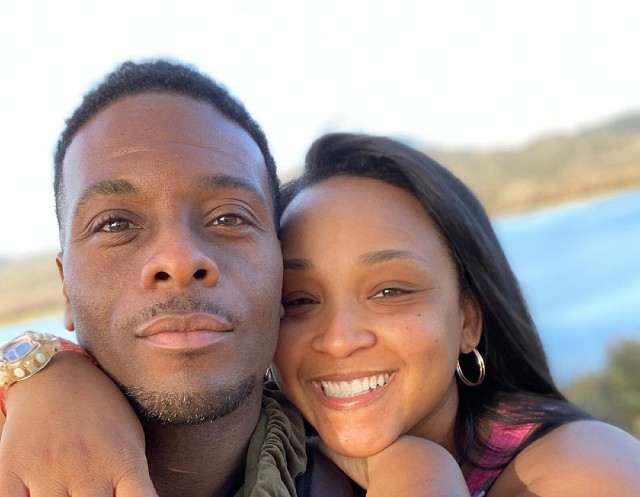 Kel Mitchell and his wife, Asia Lee, are expecting a baby boy to arrive later this year. The celebrity couple revealed the gender of their unborn child while completing the “Wipe It Down” Challenge, a.k.a. #WipeItDownChallenge, on Monday.

Kel started the clip by spraying glass cleaner on the bathroom mirror. The celebrity father was also rocking a t-shirt that read, “This dad is going to be a daddy again.” Asia Lee joined her husband in doing the #WipeItDownChallenge. The expectant mom had a cleaning cloth in her hand while rocking a t-shirt that read, “Mom is going to be a mommy again.” Even the celebrity couple’s daughter, Wisdom Mitchell, got in on the fun by wearing a “Big Sister” t-shirt in the video.

Nothing compared to the end of the segment in which the Mitchells revealed that they were expecting a son to arrive in the coming months. “It’s a boy,” read the outro banner of the clip. “Congratulations,” one Instagram fan exclaimed. “This is the best version [of the #WipeItDownChallenge] ever.” Another of Kel Mitchell’s social media followers wrote, “That is so cute.” Isn’t it, though?

Kel Mitchell and Asia Lee welcomed their daughter in 2017. “My love @therealasialee gave birth to our baby girl Wisdom on Saturday afternoon,” Kel announced shortly after the birth of his daughter. “She was 7lbs 11oz with a head full of hair and full of happiness,” the celebrity dad doted.

“I’m so grateful and happy,” Kel continued. “My baby girl is here! So much joy in my heart. She is so adorable! My wife is the most amazing woman. She was so strong throughout the birth.”

Kel Mitchell and Asia Lee are expecting their son to arrive just in time for winter. The couple’s son will make Kel a father of four kids. Stay tuned for more celebrity pregnancy news!