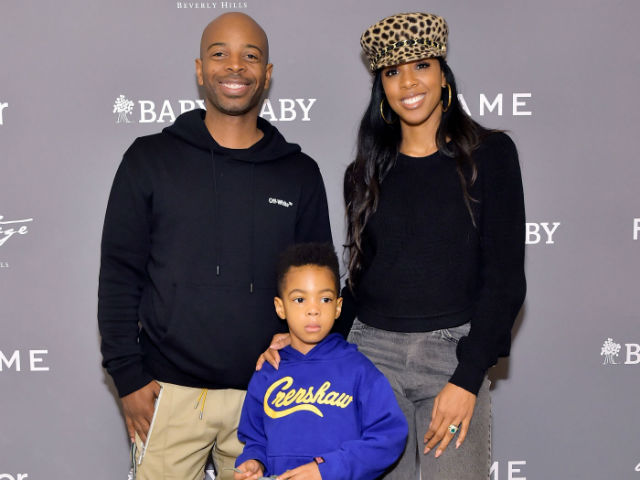 During the Christmas season, Santa Claus is definitely the head-honcho who gets all the credit for bringing toys and surprises to all the good little girls and boys throughout the world. But, in singer/author Kelly Rowland’s household, jolly old St. Nick doesn’t get all the credit for the yule-tide cheer.

Recently, the 38-year-old attended the Baby2Baby Holiday Party, presented by FRAME and Uber, accompanied by her five-year-old son, Titan Jewell, and husband Tim Witherspoon. During the event, the superstar spoke People Magazine about what role Santa Claus plays in their household.

“He understands that there is a ‘Santa Claus’ but I said Santa only brings him one gift — me and Daddy work too damn hard for Santa to get all the credit, I’m so sorry,” Rowland said.

However, in addition to presents, the former Destiny’s Child member is starting to make the holiday about more than presents.

“He’s understood Christmas since he was 3, but 5 is an interesting age and I think he’s starting to understand what Christmas is this year, so we’re trying to do traditions…because I want him to understand giving more than anything,” she said, one reason why Titan Jewell accompanied his mom to the Baby2Baby event. “It’s always been something that’s been very grounding and a staple foundation in my family. I explained it to him last year and he didn’t quite get it, but this year I explained it to him in detail and he was like, ‘We have to help him and his family’ when we were assigned our family, who we sponsored.”

So beyond making Christmas bright for others, just what are Rowland’s personal plans for the season? Well, she told People that in addition to all else, she plans “…to sit on my couch, watch Christmas movies, eat, bake, listen to Christmas music, wallow under the tree. I literally sit under the tree and film certain ornaments and reflect on the year.”

That sounds perfect to us! What are your plans for the season? Do you have any special Christmas traditions? Sound-off, we want to hear from you!