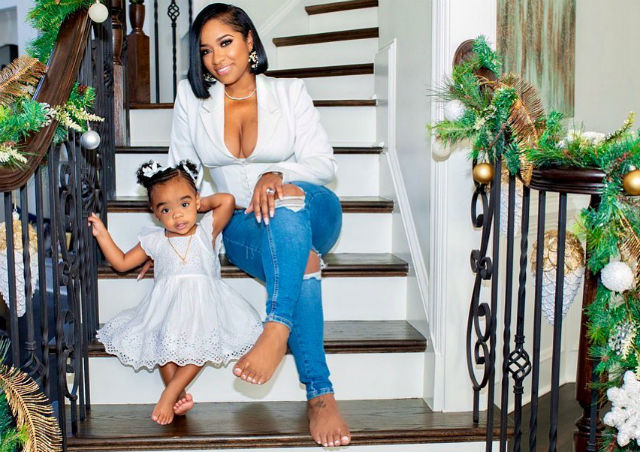 Antonia “Toya” Wright has gone back to her maiden name. The reality star made the announcement via a holiday post on Instagram.

“Happy Holidays from me and my little sunshine. Love, Toya Johnson & Reign Rushing!” Johnson captioned under an adorable post of her and her younger daughter.

In the photo, Toya and Reign are sitting on a staircase with their legs crossed.

“Tell her to uncross them little feet before she get a whooping. Absolutely beautiful I love love!” one commenter wrote.

“Congratulations Mrs. Johnson and Merry Christmas,” another follower chimed in

“Ok, Mrs. Johnson….soon to be Mrs. Rushing!” Someone added.