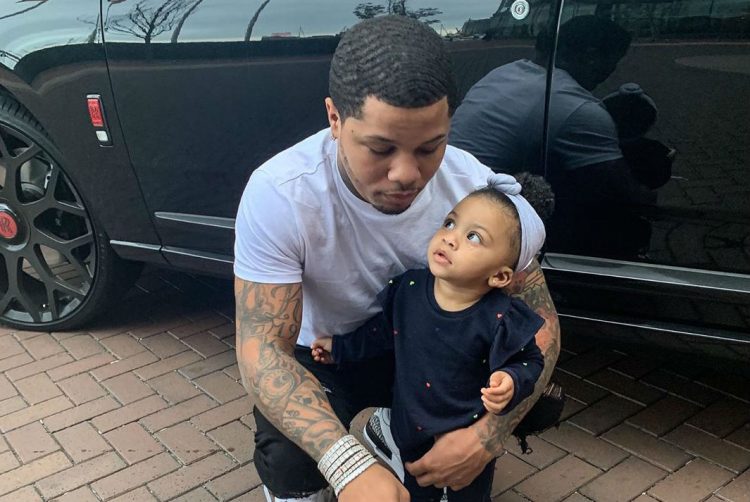 Two-time world champion boxer Gervonta Davis (a protege of legendary boxer Floyd Mayweather) has defeated many ferocious opponents in the ring and currently has a 22-0 undefeated record, but his child support case against his ‘baby mama’ Andretta Smothers, the mother of his 1-year-old daughter Gervanni Davis, is one battle he will never win. In a recent settlement of their case, Davis agreed to pay Smothers $10,000 a month in child support.

A Georgia native, Smothers, an unemployed stay-at-home mother since baby Gervanni’s birth in 2018, filed a lawsuit against Davis over support and custody of their daughter during the summer. Smothers claimed that Davis agreed to support her and Gervanni while they were in a relationship, but once it ended, Davis began demanding “seductive favors” in exchange for child support; an accusation which Davis denied. In the lawsuit, Smothers also demanded that Davis pay $10,000 a month in child support.

Despite the state guidelines placing the actual amount of child support money Davis owes at around $2200, Smothers argued that Davis earns a high income as a boxer, making over $156,000 a month; meaning that he can easily afford the $10,000 per month, which is more than enough to support baby Gervanni in their current lifestyle. Smothers even pointed out Davis’ social media, where he has posts wearing expensive clothes and jewelry.

In September, a judge legally ruled Davis as Gervanni’s father, which makes him legally obligated to pay child support. Last week, Davis and Smothers’ legal battle came to an end with a judge approving a settlement between the former couple; Smothers would receive primary custody of Gervanni while Davis gets custody 15% of the time. In addition to paying the $10,000 per month in child support that Smothers asked for, Davis also agreed to pay for Gervanni’s school and daycare tuition. However, the pair agreed to split the healthcare and extracurricular costs.

LEBRON JAMES AGREES THAT HIS SON, BRONNY JAMES, HAS A BETTER JUMP SHOT THAN HE DOES