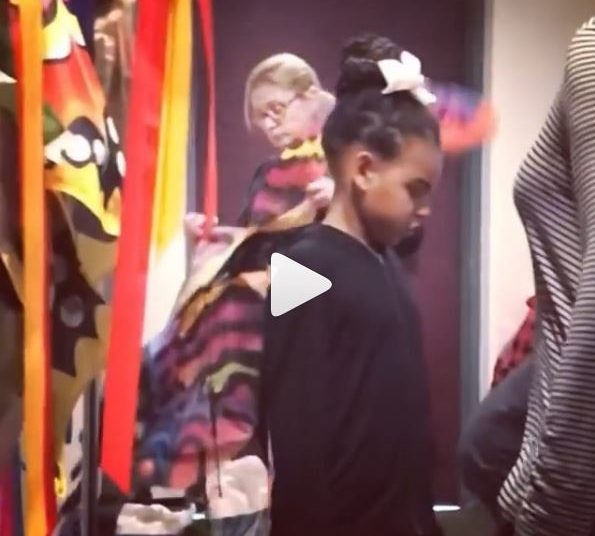 First, fashionista, then singer, then rapper. Blue Ivy Carter is proving that she is unquestionably one multi-talented young lady. At only 7-years-old, she has already marked herself for super-stardom. The most recent notch on her resume comes as proof that she has inherited her mother’s famous moves as the tiny Carter dances in Debbie Allen’s rendition of “The Nutcracker,” the “Hot Chocolate Nut Cracker.”

Even backstage, Blue Ivy shows that she is the consummate professional as she centers herself, preparing to hit the stage.

This is the tenth year for the “Hot Chocolate Nutcracker,” which was written directed, and choreographed by the Emmy-Award winning actress/dancer, Debbie Allen. Allen’s story is an adaptation of the original classic where the rats take over the spotlight, taking audiences on an adventure through Toyland, Candy Cane Land, the Rainforest, Bollywood, Egypt, the South Pole. Audiences even get the opportunity to travel on a magic train ride which is choreographed by Tony Award winner Savion Glover. Debbie Allen, Raven-Symoné, Carlo Imperato, Tichina Arnold, Matthew Johnson, and DADA star in the production with original music by Mariah Carey, Arturo Sandoval, Chau-Giang Thi Nguyen, James Ingram, Shiamak Davar, Tena Clark and Thump.

Embracing the holiday spirit, and in support of the arts, one hundred percent of the show’s proceeds will go towards arts education for youth in the greater Los Angeles area.

Who knows, if you get the opportunity to go see this new holiday tradition live, you may just get an in-person view of Miss Blue Ivy herself!

Asia Monet Ray, known to the world for her golden voice and fantastic dance moves...

We have watched This Is Us actor, Lonnie Chavis transition from a young actor to a true...

Caleb McLaughlin, best known for his star power in the hit series, Stranger Things, as Lucas... 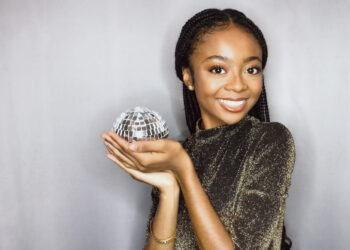 Skai Jackson hit the dance floor for her first dance on the 29th season premiere...