He's Getting Into The Spotlight More, And We Love It! 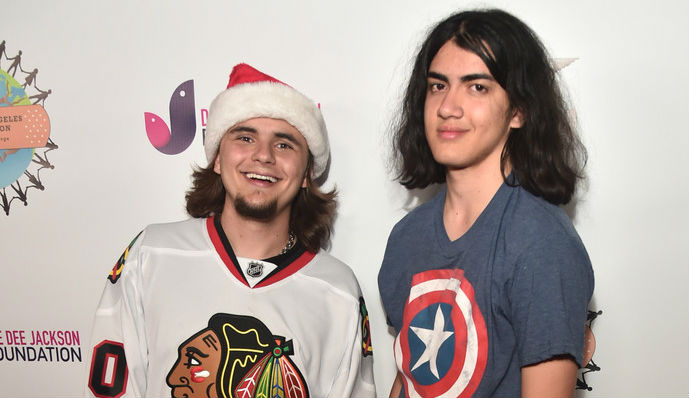 The youngest of Michael Jackson’s kids took several pictures with his older brother, Prince Jackson, and older sister, Paris Jackson. Blanket gave the camera a smile in one set of pictures where his brother wore a Redskins jersey with a Santa Claus hat. Blanket wore a shirt that gave the vibes of Captain America to the costume party.

We last saw Blanket at his brother’s graduation from Loyola Marymount University in Los Angeles. Fans were thrilled to see Blanket in the candids since the youngster does not make it a point to be in the spotlight. Prince Jackson expressed gratitude to his family and teachers who encouraged him to remain focused and attain his degree in business with an emphasis on entrepreneurship.

Prince recently shared his career goal of bringing a different perspective to film appreciation to show business with Extra TV. “My dad was always a strong believer in going for what you want and ‘go follow your dreams and chase your dreams,'” Prince told the press.

“So for us to be able to kind of sit there and hopefully make a career about talking about film and looking at film — my brother wants to be a director, I love producing — it’s just, it’s definitely, there’s some form of guidance there that kind of is ushering us into the next generation.”

Michael Jackson passed away in his Holmby Hills home in 2009. He is survived by his three children and a host of other family members who keep his legacy alive. Stay tuned for more celebrity family news!