MADONNA’S DAUGHTER, MERCY JAMES, HAS IMPRESSIVE SKILLS ON THE PIANO 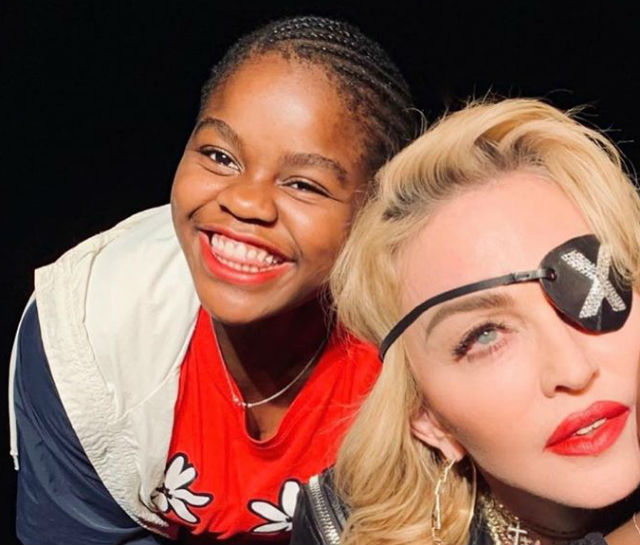 Madonna’s daughter, Mercy James, is quite the piano player. The youngster was recently filmed while celebrating the Jewish new year.

Mercy was calm, cool, and collected while playing. The youngster’s poise was perfect as she effortlessly played the right notes. “Mercy James celebrates the New Year with Mozart,” Madonna told her fans. “Mercy! Brava! Wonderful,” one Instagram follower wrote. “Beautiful Mercy,” another fan said. “The shining star.” She is a shining star, isn’t she?

Madonna appears to have found her place in the world as Madame X. The celebrity mom recently spoke about her new album, Madame X, as it relates to her both celebrated and controversial single, ‘God Control,’ during a recent interview.

“I made this video because I want to draw attention to a crisis that needs to be addressed,” Madonna said of the inspiration for the song. “To me, this is the biggest problem in America right now,” she added. “I cannot take it anymore.”

‘God Control’ brings the reality of mass shootings to the spotlight as Madonna’s lyrics address America’s passion for guns. Many criticized the Pop legend for releasing the music video for the single, which portrayed a scene similar to that of the Pulse nightclub shooting that took the lives of 49 people in 2016.

Still, even with the criticism, Madonna continues to let her love for the arts come through. Will Mercy follow in her mom’s footsteps? We’ll have to keep watching this rising star to find out!