"I Cannot Take It Anymore" 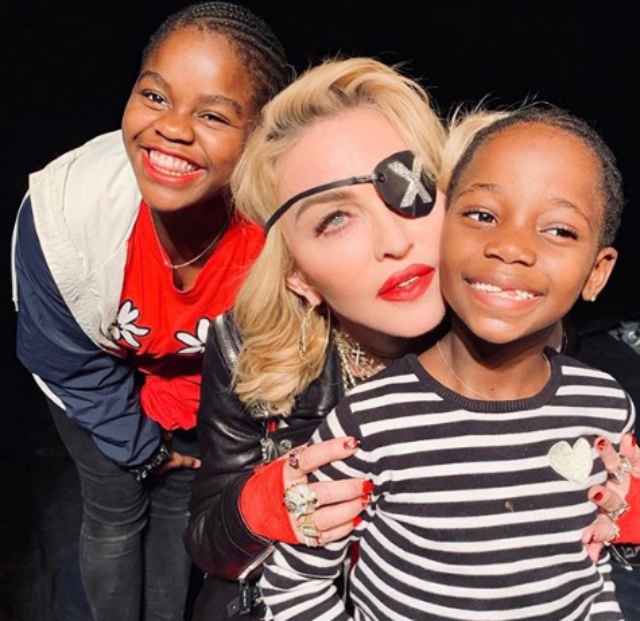 Madonna’s new music video has raised eyebrows on both sides of the scope. Whereas some praise the ‘God Control’ singer for her boldness, others criticize Madonna for what they believe to be a traumatic presentation. What the critics do not seem to understand is that trauma is what the ‘Like A Prayer’ singer was going for with her latest music video. Madonna tells PEOPLE exclusively that her children inspired her to boldly address gun violence and the need for gun control in America.

“I made this video because I want to draw attention to a crisis that needs to be addressed,” Madonna shares. “To me, this is the biggest problem in America right now,” she adds. “I cannot take it anymore.”

Madonna does not spare with her music video for ‘God Control.’ The celebrity mom puts mass shootings on display as the scenery shows gunmen unloading on a crowd of unsuspecting partygoers. Unfortunately, the scene is all too familiar and eerily similar to the mass shooting that occurred at Pulse nightclub in Orlando, Florida, in 2016. The tragedy claimed the lives of 49 nightclub attendees and wounded 53 others.

Some have criticized Madonna for seemingly playing off the Orlando nightclub shooting to drive her point about gun control home. The singer, however, believes that such shocking imagery is needed to convey the importance of action.

“Seeing the reality, and the brutality of things makes you wake up,” the singer tells PEOPLE. “This is really happening. This is what it looks like. Does it make you feel bad? Good, cause then maybe you will do something about it.”

BCK Asks: How do you feel about Madonna’s ‘God Control’ music video?