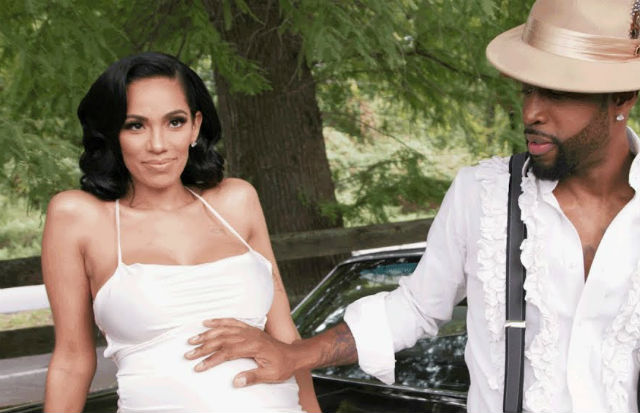 Congrats are in order for Safaree Samuels and Erica Mena!

The couple have confirmed that they are expecting their first child together. In an exclusive video obtained by E! News, the VH1 Love & Hip Hop: New York stars share that their excited about the impending birth of their child.

Wow, so she was pregnant. Congrats to them. #ericamena#safareesamuels#Drake#beyonce#karrueche#cardib#rihanna#Nickiminaj

He added, “I’m nervous. I’m in shock. I’m in disbelief. It’s very surreal to me. I don’t know what to do but I know I’m going to be great at what I do because I’m great at everything.”

While Erica wants to “protect our kid from the craziness”, Safaree is more open to sharing his baby with the world. “We’re going to be selective but at the same time, this baby will come out of the womb working,” he joked. “I was working very early. I’m about to pull a DJ Khaled. As soon as this baby comes out, we are working.”

And yes, Safaree plans to be in the room when his fiancée gives birth.

“When my sister gave birth to my first niece, I was in the room…I just woke up and the baby was there,” he shared. “I don’t plan on looking. I’ll be looking at her and being her rock and her support.”

Erica added, “It will be quite the interesting birth to say the least.”

MADONNA'S DAUGHTER, MERCY JAMES, HAS IMPRESSIVE SKILLS ON THE PIANO