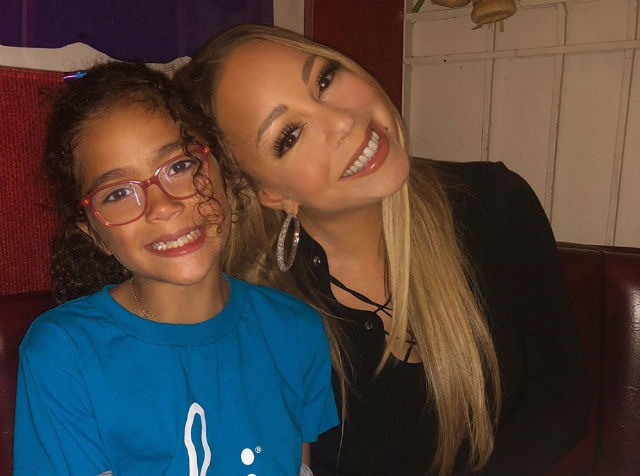 Imagine having a mom who offered you a shopping spree at the retail outlet of your choice. Now, imagine yourself picking Target over the more exquisite options. Such is what Mariah Carey’s daughter, Monroe Cannon, did earlier this week.

The youngster was enjoying a day out with her mom when the choice to go shopping was brought into the equation. “Me: pick anywhere in the world you want to go to for a shopping spree,” Mariah Carey wrote online. The celebrity mom shared a picture of her and Monroe entering Target to show fans what store Monroe selected.

“Exactly,” Nick Cannon exclaimed. “That’s my daughter,” the celebrity father wrote. Jennifer Hudson also chimed in on Monroe’s love for Target. “Don’t tell me Y’all Target bandits like me and my boys,” Hudson wrote in response to Carey’s post. Sidenote: We thought Jennifer Hudson only had one son. Who is the other “boy”?

In any case, Monroe’s choice of retail stores garnered the attention of Target Corporation. “We belong together,” the company wrote in response to her mom’s Instagram post.

It may be safe to assume that Monroe has a healthy balance when it comes to wealth and frugality. It was just a few weeks ago that Mariah Carey told the press that she tries to keep her kids, Monroe and Moroccan, grounded.

“It’s hard, but I try to keep them grounded so they don’t think everything is just handed to them,” Carey shared with PEOPLE. “Right now it’s like, ‘I want this,’ and I’m like, ‘You’re asking me for something that costs $20.’ I can’t even imagine having, like, one dollar as a kid because we didn’t have money going around,” the celebrity mom revealed. “So they have to appreciate those things.”

BLAC CHYNA'S MOM SPENDS QUALITY TIME WITH HER GRANDKIDS, MAY BE GETTING OWN REALITY SHOW

BLAC CHYNA'S MOM SPENDS QUALITY TIME WITH HER GRANDKIDS, MAY BE GETTING OWN REALITY SHOW