Home » NEWS » MARIAH CAREY ON RAISING KIDS IN THE SPOTLIGHT: ‘I TRY TO KEEP THEM GROUNDED’

MARIAH CAREY ON RAISING KIDS IN THE SPOTLIGHT: ‘I TRY TO KEEP THEM GROUNDED’ 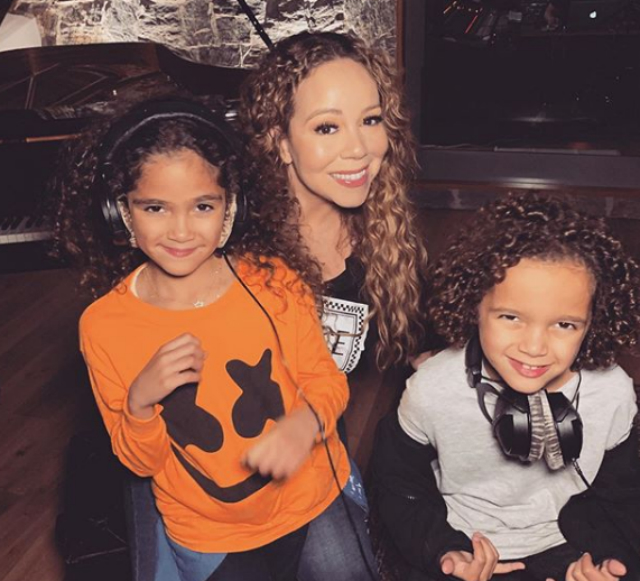 Make no mistake. Mariah Carey is every bit of a diva. The celebrity mom, however, understands the importance of balance in life and, thus, does not allow her children, Monroe and Moroccan, to demand material possessions.

“It’s hard, but I try to keep them grounded so they don’t think everything is just handed to them,” Mariah tells PEOPLE exclusively. “Right now it’s like, ‘I want this,’ and I’m like, ‘You’re asking me for something that costs $20.’ I can’t even imagine having, like, one dollar as a kid because we didn’t have money going around,” Carey adds. “So they have to appreciate those things.”

Mariah Carey has an estimated net worth of more than $300 million. Her ex-husband, and the children’s father, Nick Cannon’s net worth sits at around $50 million. With such an abundance of wealth available, it is not difficult for Monroe and Moroccan to become consumed with material things all while forgetting more significant aspects in life.

Still, Mariah works to teach her children about the value of hard work. In fact, the celebrity mom often brings Monroe and Moroccan onstage to sing along with their mom during her Las Vegas shows. One recent video clip of Mariah with her kids onstage showed little Moroccan taking charge and engaging with the audience a bit more than his sister.

“My son is a little bit bossy,” Mariah Carey said during an interview with The Guardian last year. “He’s next level. I’m not that bossy,” she explained. “I know everybody thinks I am.”

Monroe and Moroccan celebrated their eighth birthdays earlier this year. Catch the twins with their mom in the latest issue of PEOPLE magazine available at newsstands nationwide tomorrow. Stay tuned for more celebrity family news!