Home » NEWS » BLAC CHYNA’S MOM SPENDS QUALITY TIME WITH HER GRANDKIDS, MAY BE GETTING OWN REALITY SHOW

BLAC CHYNA’S MOM SPENDS QUALITY TIME WITH HER GRANDKIDS, MAY BE GETTING OWN REALITY SHOW 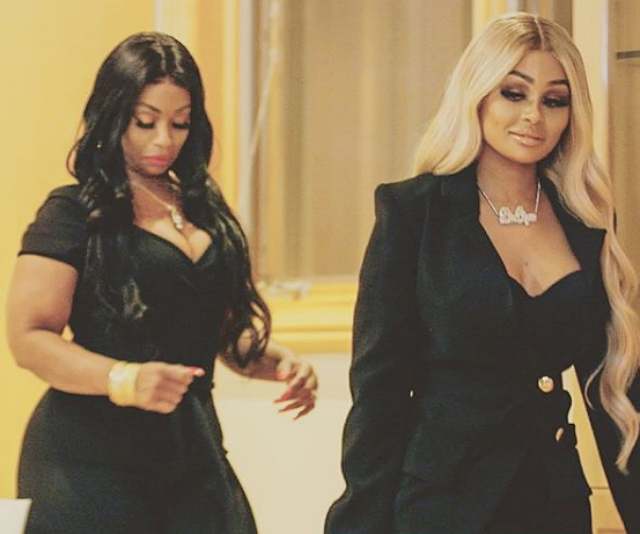 Blac Chyna’s mom, Tokyo Toni, is enjoying quality time spent with her grandkids. Could Tokyo be well on her way to getting a Reality TV show of her own? Some say yes.

Tokyo shared a video clip of her painting with Dream Kardashian and King Cairo a few days ago. In the clip, the proud grandma celebrates the fact that her granddaughter knows her colors. In fact, Dreamy knows her mom’s favorite color. How cute is that?

Tokyo Toni, real name Shalanta Hunter, made her mark on Blac Chyna’s reality show, The Real Blac Chyna, on the first episode of the series. Many were shocked to learn of the mother-daughter dynamic, which has its share of challenges. Everything especially came to a head during the first episode when Shalanta exploded on Blac Chyna. Hunter accused her daughter of taking away her car. Chyna refuted such an accusation.

“I feel bad for Chyna because her mom is ridiculous and dramatic as hell,” one YouTube viewer shared. “The scene with her mom was disturbing to watch,” one Blac Chyna fan concluded.

It may have been disturbing to see Shalanta and Blac Chyna at each other’s throats, but the result of such tension has been beautiful. Tokyo Toni traveled to Atlanta to support her daughter after the fallout in Los Angeles. The celebrity’s mom has also been filmed while spending more time at home with Blac Chyna. Positive vibes appear to be on the rise!

Some say that Tokyo Toni would do well to have a Reality TV series of her own. Blac Chyna’s mother is, after all, a hilarious personality on her daughter’s show.

😩 Dang! Guess I’m never too old to get a whooping from my mom 😂🤣 Y’all subscribe and watch #TheRealBlacChyna on @thezeusnetwork! Link in my bio

BCK Asks: How would you feel about Tokyo Toni getting her own reality series? Would you watch it? Tell us what you think!

Catch The Real Blac Chyna every week on Zeus’ network!