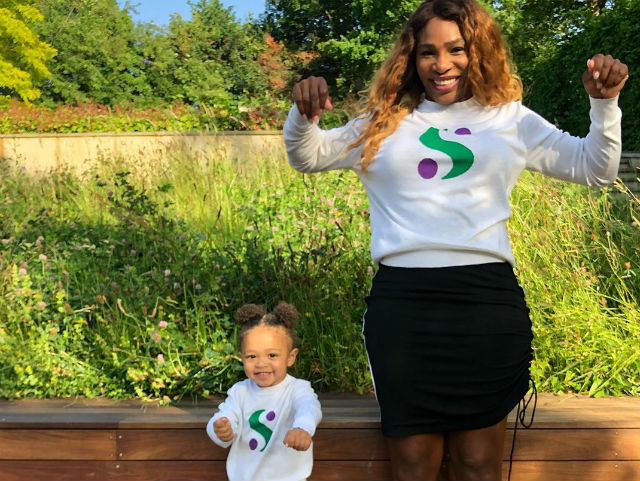 Serena Williams’ husband, Alexis Ohanian, is brushing up on her hairdressing skills. The celebrity father recently shared a candid in which he showed off his ability to keep his daughter, Alexis Olympia, occupied while doing her hair for the day.

I swear I'm getting better at this… Meanwhile @olympiaohanian is over here like, "um, Mama, little help?"

It was just a few weeks ago that Alexis Ohanian petitioned four Natural Hair Facebook groups for help with doing his daughter’s hair. The celebrity dad took to social media to share his hopes of being accepted into at least one of the groups. “I hope they don’t auto-reject my application when they see my profile photo,” Alexis said. “I told them it was to keep getting better at doing my daughter’s hair,” he added.

Congratulations @USWNT! Bringing home a #WorldCup title for an unprecedented 4th time & inspiring a generation of women (and men) around the world. One little girl in particular is currently outside practicing ⚽️ @olympiaohanian. We owe it to the USWNT and everyone they have inspired this past month to keep this same energy in the coming months and year for women’s soccer in the US! 🇺🇸 Go see an @NWSL match this season, and bring your friends! I know I will be. #OneNationOneTeam

Serena Williams took to Instagram last month to share a tidbit about braiding and why she believed it important to pass the experience down to her daughter. “Braiding started in Africa with the Himba people of Namibia,” the celebrity mom shared with her fans.

“Because of the time it would take people would often take the time to socialize. It began with the elders braiding their children, then the children would watch and learn from them,” Williams added. “I am honored to share this bonding experience with my own daughter and add another generation of historic traditions.”

IS KEKE WYATT PREGNANT WITH HER 10TH CHILD?