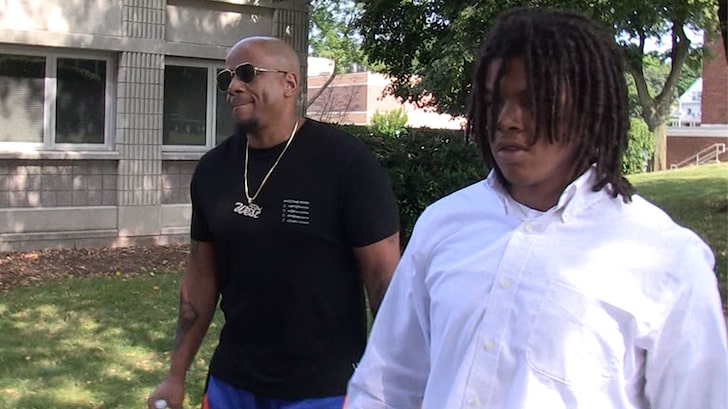 Wendy Williams’ son, Kevin Hunter Jr., will not have to go to jail for allegedly punching his father in the face during a parking lot scuffle. Flanked by his lawyer and his dad Kevin Hunter Sr. , the 19-year-old walked out of a NJ court today  a free man.

Kevin Hunter Sr., dressed in a black t-shirt, walked into court with his son and told the judge he agreed with prosecutor’s decision not to pursue charges. Jr.’s attorney told us the family relationship is solid now — father and son also walked out of court together.

Wendy was not in court … she’s shooting her talk show today.

TMZ broke the story … Kevin Jr. and Wendy’s estranged husband, Kevin Hunter, got into their altercation back in May, resulting in the 18-year-old getting arrested for assault.

Kevin Jr. was in court last month and entered a not guilty plea … while Wendy and Kevin Sr. waited together in a car outside the courthouse.