Home » NEWS » IS KEKE WYATT PREGNANT WITH HER 10TH CHILD?

IS KEKE WYATT PREGNANT WITH HER 10TH CHILD? 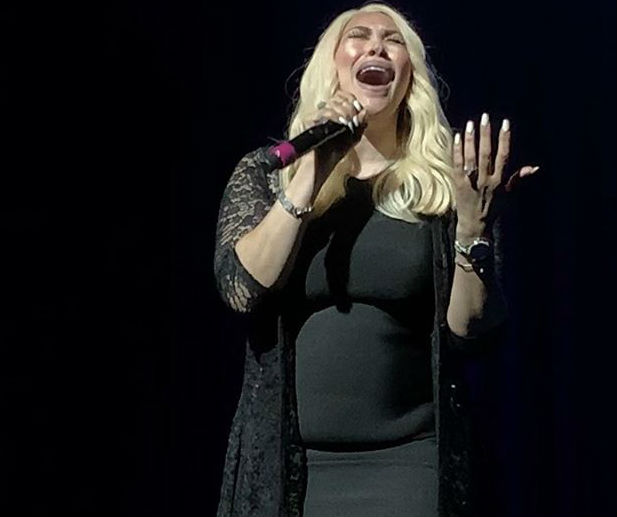 Is Keke Wyatt pregnant with her tenth child? Some fans think so. The celebrity mom was recently filmed while performing in Los Angeles, and Keke appeared to cradle a protruding stomach throughout the show. Could Keke and her husband, Zakariah David, be expecting their first child together?

@keke_wyatt always kills on @mspattilabelle’s classic ‘If Only You Knew’. Someone in the audience wanted a piece of the song and her exchange with KeKe was hilarious. 😂 . . . #kekewyatt #singers #singing #viral #vocals #explore #explorepage

It was nearly two years ago that Keke Wyatt welcomed her ninth child. The little one came just four weeks after Keke’s then-husband, Michael Ford, asked her for a divorce.

“You want to know something, America,” Keke said in an emotional video in which she broke the sad news of her marriage to Michael failing. “When you’re eight months pregnant and you got a child sick, in and out of the hospital, and you’re husband’s got the nerve to tell you that he wants a divorce,” she said.

“He says that you’re an emotional wreck,” Keke continued. “He says, ‘From the very beginning, you never trusted me,’ and all that kind of stuff. Telling other people, other women, that we’re getting a divorce. Like, what? I am so done with Michael Jamar.”

@keke_wyatt’s playful interaction with the audience was awesome. What an honor to have your audience sing along with you and attempt to hit your signature notes 😆. Let’s say we tried…LOL! KeKe is ninth wonder of the world! . . . #kekewyatt #singers #singing #viral #vocals #explore #explorepage