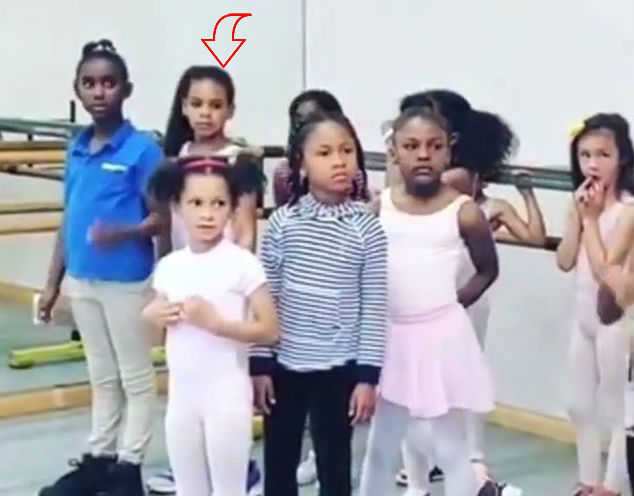 Blue Ivy Carter is perfecting her dance skills. Beyonce and Jay-Z’s daughter was recently filmed while performing at her dance recital at the Debbie Allen Dance Academy’s annual Spring concert called “Colors”, held at the Centinela Valley Center for the Arts in Inglewood, California, this past Saturday

During the performance, Blue danced not one, but several different dances including ballet, hip-hop and African. In one video clip, Blue can be seen busting out some dance moves to her mom’s song, ‘Before I Let Go’. And it is clear that Blue is following in her famous mother’s footsteps, but is the world ready for this talented, young lady?

It was just a few weeks ago that fans got to see Beyonce and Jay-Z’s daughter sing ‘Lift Every Voice And Sing’ in her mom’s Netflix documentary, Homecoming. Blue liked performing for the camera so much that she told her mom that she wanted to sing again.

“I want to do it again,” Blue told Bey. “It feels good,” the youngster added. “She gets it from her mama,” one Twitter fan hashtagged. “Blue Ivy has the Beyonce genes,” another follower shared. She just may!