Home » NEWS » WHAT IS THE ONE QUALITY THAT ERIS BAKER EMBRACES FROM HER “THIS IS US” CHARACTER? 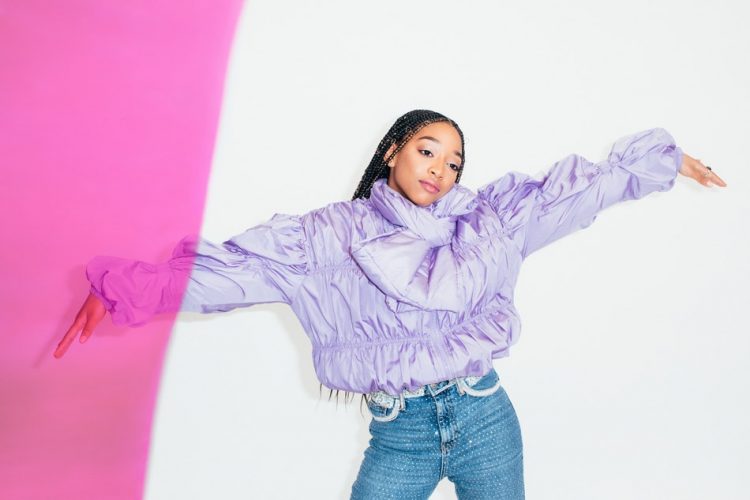 If you are like every other American on a Tuesday night, you are glued to the television set, waiting patiently for NBC’s This Is Us to take you on an hour-long emotional rollercoaster. From beginning to end, we are all enthralled in the lives of the Pearson clan. One of those Pearson’s who has seemingly and literally grown-up before our eyes is 13-year-old Eris Baker who plays Tess Pearson, eldest daughter of Randall and Beth.

Recently, Elite Daily sat down with the talented teen for an exclusive interview. Check out below the highlights of their visit.

Strangely, my pinky finger escapes when I chuck the deuces ✌🏾🤦🏾‍♀️💜

Baker on the impact of Tess’ story

“When I first read Tess’ story, I was excited because I knew that that scene was going to have an impact on so many people. So I was very excited to see how people would respond, and the response was so positive. My mom posted a picture on Instagram or Facebook and there were just thousands of comments from girls and boys, young people, and their parents just saying, ‘Oh my gosh, thank you so much. I can’t wait to talk to my parents about this,’ or, ‘Thank you so much for inspiring my daughter to speak up.’ It was so motivational for other young people, and you can see how that scene impacted so many of their lives.”

“She’s not afraid to be who she is, and she embraces herself, and she has self-confidence. And even if she’s sometimes confused about her sexuality, she spoke up about… The scene is all about embracing yourself, and embracing love, and just embracing unity.”

Baker on being a big sister

“I’m an older sister of three; I have three little sisters who are so amazing. So I really want to be a representation of my sisters, showing them this is how a young black girl is supposed to live out her dream. I’m not doing this for me, I’m doing this for you.”

Baker on the future Tess

To read the article in its entirety, click here. And if you missed a minute of episode 3, OnDemand and rewind, watch the entire season all over again. Season 4 will not get here soon enough!