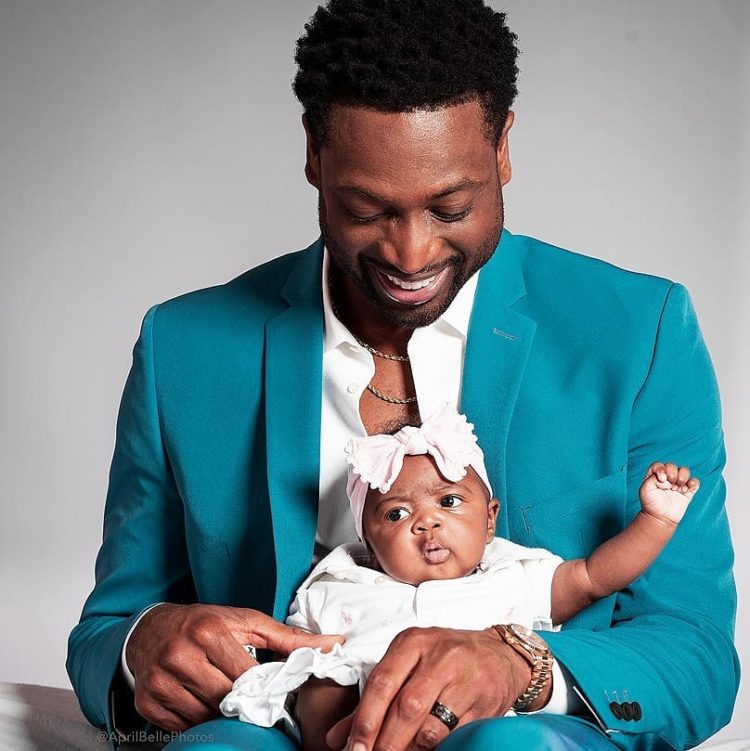 This year has been quite interesting for Gabrielle Union and Dwyane Wade. The celebrity couple has certainly endured their share of challenges, but the climax of all things came in the form of the Wades’ baby girl, Kaavia James Union Wade. Dwyane took to Instagram to celebrate 2018 all while looking forward to what 2019 offers.

“2019. I hope you’re ready for @kaaviajames and her agent/bodyguard of a father because this is how we’re coming into the new year: TOGETHER,” Wade declared. “2018 was one of my most challenging years yet and also one of my most fulfilling years,” the celebrity father explained.

“From losing my mentor Henry Thomas in January. To being traded back to Miami in February. To standing with the state of Florida and the kids of Parkland in February /March. To going to the playoffs and coming off the bench for the first time to scoring 28 in game 2 in April. To signing a lifetime contract with my shoe/ apparel company @lining.official in July. To getting that first call from Nebraska that my oldest son @zmane2 will be offered his first D1 scholarship in August. To announcing that this season will be my last dance in September. To welcoming my beautiful daughter in November.”

Dwyane Wade concluded his note by saying, “The way 2018 started was awful for my family and I but it ended in my wife @gabunion and I bringing our miracle into this world.”

Gabrielle Union and Dwyane Wade welcomed their daughter on November 7, 2018. Little Kaavia James Union Wade came after her parents endured much heartache due to several miscarriages.

How will Kaavia James Union Wade impact the world in the coming months? We will definitely have our eyes on her and her family!