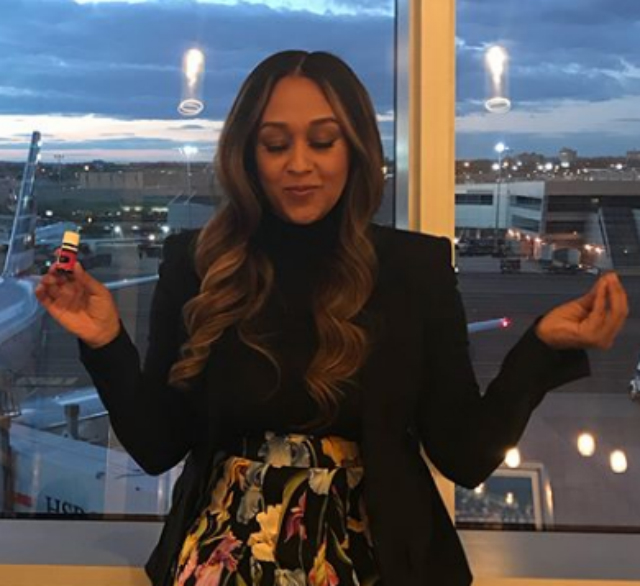 Tia Mowry-Hardrict believes that endometriosis is a subject not often broached by the African-American community. The actress hopes to change things by sharing her experience with the disease.

Possibly the worst thing about #endometriosis is that it’s such a day to day thing you can’t really commit to much because you don’t know if you’ll be able to get out of bed that day ??‍♀️

“The diagnosis wasn’t the first time I realized something might be wrong,” Tia reveals to SELF magazine. “I’d been experiencing extreme pelvic pain for years and went to several doctors. Each one would brush me off. ‘Those are just really bad cramps, some women get them more severely.'”

The pain was more than just cramps. “In my late 20s, I ended up going to an incredible African American doctor who immediately knew what I had,” Tia shares. “She explained that endometriosis occurs when the tissue that belongs inside your uterus grows on the outside instead.”

#Endometriosis sucks. On my way to work & it feels like Freddy Krueger has his fingers in my uterus ? pic.twitter.com/xrKSOI5gdL

Some women brush the condition off as being nothing more than a mere abnormality. Endometriosis, however, can interfere with pregnancy. In fact, women living with endometriosis are at higher risk for complications during expectancy not limited to premature births and miscarriages.

Tia Mowry was aware of all of the risks, which is why she resolved to do something about her situation. The celebrity mom cleaned up her diet and, months after consistent effort, learned of her expectancy of a second child. Now, the actress encourages others to join her in building the conversation and spreading awareness.

“I remembered how, even though I had an amazing support system, I often felt like something was wrong with me,” Tia admits. “I thought I was alone because no one I knew personally had dealt with this. And then I realized: I’d never really seen someone African American in the public eye talking about endometriosis or their struggles with infertility. And when you don’t know or see anyone else who looks like you talking about what you’re going through, you feel alone and suffer in silence.”

To every doctor who said my periods would be better after having a baby.#endometriosis #adenomyosis #ouch #periodpain pic.twitter.com/s7k3oPGqOr

Mowry further explains, “If more of us talked about it, more women might say: ‘Hey, I’ve had those symptoms, let me go get checked.'”

You can learn more about endometriosis here. Tia Mowry-Hardrict is the proud mother of a son named Cree and a daughter named Cairo.